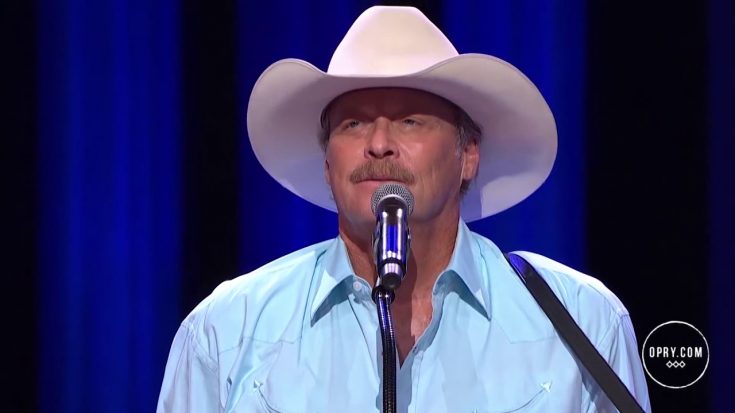 Alan Jackson fans hoping to see the country music legend at the upcoming CMA Fest will be disappointed to learn that the singer is no longer on the schedule.

Jackson was scheduled to perform on the CMA Fest Nissan Stadium stage alongside Luke Bryan, Luke Combs, Carrie Underwood and others on Saturday, June 11. Officials announced the lineup change via a press release noting that Brothers Osborne and Old Dominion are now slated to take Jackson’s place.

No reason for Jackson’s absence was noted, but in 2021 the “Livin’ On Love” singer revealed that he had been diagnosed with Charcot-Marie-Tooth disorder (CMT), also known as hereditary motor and sensory neuropathy. The disorder causes nerve damage, mostly in the arms and legs.

Speaking to Jenna Bush Hager on The TODAY Show about his diagnosis, Jackson admitted that it has made it increasingly harder for him to perform.

“I have this neuropathy and neurological disease,” Jackson explained. “There’s no cure for it, but it’s been affecting me for years. And it’s getting more and more obvious. And I know I’m stumbling around on stage. And now I’m having a little trouble balancing, even in front of the microphone, and so I just feel very uncomfortable.”

The 63-year-old added that he plans to continue performing as long as his health allows.

“I’ve always admired my heroes like George Jones, Merle Haggard, Loretta Lynn and Charley Pride who just played as much as they wanted to, as long as they could,” Jackson said. “I’ve always thought I’d like to do that.”

In three weeks, Alan Jackson will kick off his The Last Call: One More For The Road Tour in Biloxi, Mississippi. The tour will take the singer to 16 cities over 4 months.