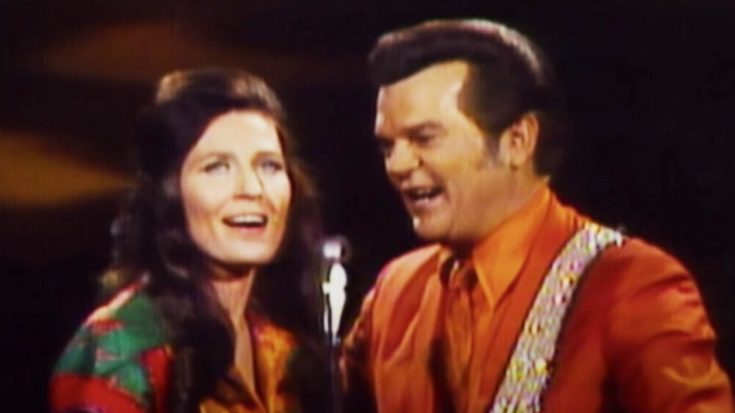 Country music legend Conway Twitty passed away on June 5, 1993 in Springfield, Missouri. He was 59 years old.

2022 marked the 29th anniversary of Twitty’s passing. Fans remembered him by listening to some of his all-time greatest songs, such as “Hello Darlin'” and his cover of “The Rose.”

One person who always finds herself feeling somber on June 5 is another country music icon, Loretta Lynn. She and Twitty were dear friends and singing partners, known for brining us unforgettable duets such as “Louisiana Woman, Mississippi Man” and “After the Fire is Gone.”

On the 29th anniversary of Twitty’s death, Lynn fondly remembered Twitty in a post on social media.

Lynn’s husband, Oliver “Doolittle” Lynn, was sick and in the same hospital as Twitty on the day he died. So Lynn was also in the hospital when Twitty passed away:

“I was there on this day in 1993 when we lost him,” Lynn recalled. “Doo and I were heartbroken. So heartbroken.”

“I still miss him,” she wrote. “What I wouldn’t give to sing with him one more time. He was like a brother to me and a girl couldn’t have ask for a better friend. We made some great music and some great memories.“

You can read Lynn’s sweet tribute to Twitty below. He is so dearly missed.