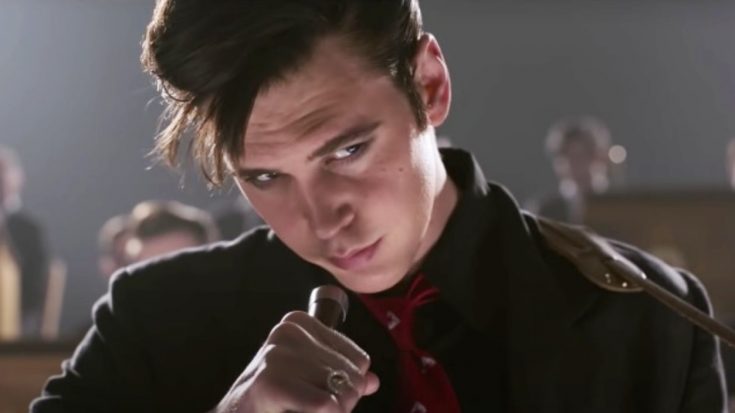 The new Elvis movie debuts in just a few short weeks. Members of Elvis’ family have given it rave reviews, including his daughter, Lisa Marie.

Lisa Marie even broke a longstanding social media silence to gush about the movie. She also shared some kind words about Austin Butler, the actor who plays Elvis in the film.

“Austin Butler channeled and embodied my father’s heart and soul beautifully,” Lisa Marie said in a post on Instagram. “In my humble opinion, his performance is unprecedented and FINALLY done accurately and respectfully. (If he doesn’t get an Oscar for this, I will eat my own foot, haha.)”

Austin has also received a lot of praise from Elvis’ ex-wife, Priscilla Presley. She attended the movie’s premiere at the Cannes Film Festival, where it received a 12-minute standing ovation.

“From my understanding, It was the longest ovation ever received for a film,” Priscilla said on Instagram after the showing. “Actor Austin Butler’s performance as Elvis was mesmerizing.”

Although Priscilla and Lisa Marie were not directly involved with the movie, Austin met with them before filming began. He recalled that emotional first meeting during a recent interview with Elle Australia:

“There were all these sort of unsaid things [during the meeting],” Austin said. “It was looking into Priscilla’s eyes and seeing this woman who Elvis fell in love with so many years ago, and she was madly in love with him and still loves him to this day, she knew him better than anybody.”

Austin said Priscilla shared two pieces of advice with him. What was the first? “She said, ‘You have big shoes to fill,’ and I said, ‘I know!” Austin recalled.

So what was the second bit of advice? “And then she hugged me and said, ‘You have a lot of support,'” Austin remembered.

Austin told Elle Australia he left that meeting “in tears.”

While Austin obviously wanted everyone to like the movie, he felt the most pressure to impress Priscilla and Lisa Marie. It was a huge relief to him when he heard how much they liked the film.

“It was the moment Pricilla saw the film and Lisa saw the film [and liked it], I just felt this big sigh of relief because I had no idea what they’d think,” he said.

You can see parts of Austin’s performance by checking out one of the trailers for Elvis below. The movie debuts in theaters on June 24!