Alan Jackson Diagnosed With Charcot-Marie-Tooth Disease: What Is It? 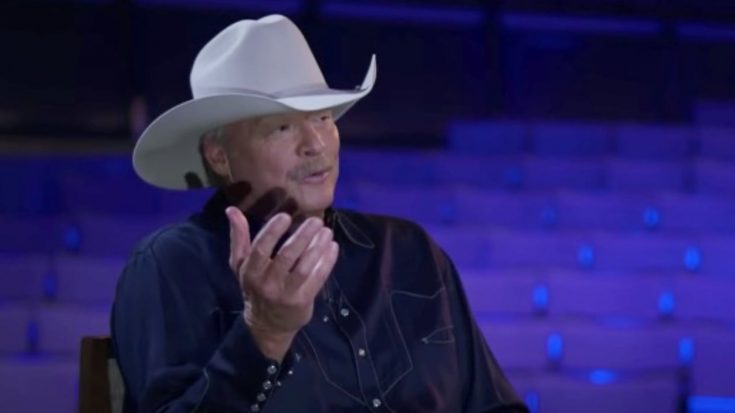 During an interview on TODAY, country music legend Alan Jackson revealed he has been diagnosed with Charcot-Marie-Tooth disease, also known as CMT.

Jackson received his diagnosis ten years ago. But he chose not to speak about it publicly until now.

So what is CMT? The Mayo Clinic describes the condition as such:

“[CMT] is a group of inherited disorders that cause nerve damage. This damage is mostly in the arms and legs (peripheral nerves). Charcot-Marie-Tooth disease is also called hereditary motor and sensory neuropathy.“

According to the Mayo Clinic, the symptoms of CMT include:

Unfortunately, there is no cure for CMT. However, “the disease generally progresses slowly, and it doesn’t affect expected life span,” the Mayo Clinic states.

“We realize now that my grandmother had it on his side,” Jackson said. “And my oldest sister that’s ten years older than me has it, and she doesn’t get around too good now.”

As for how the condition impacts his life, Jackson said:

“…it’s been affecting me for years. And it’s getting more and more obvious. And I know I’m stumbling around on stage. And now I’m having a little trouble balancing, even in front of the microphone, and so I just feel very uncomfortable. And I just want people to know that’s why I look like I do, if they’re wondering…it’s just gonna disable me eventually.”

Jackson said he doesn’t know how much he’ll be able to tour in the future as his condition worsens. Though he would like to keep performing as long as his health allows.

You can listen to Jackson speak in detail about CMT and how it affects him by tuning in to the video below. He begins speaking about the condition around the 5:48 mark in the video.

Our hearts and prayers go out to Jackson.