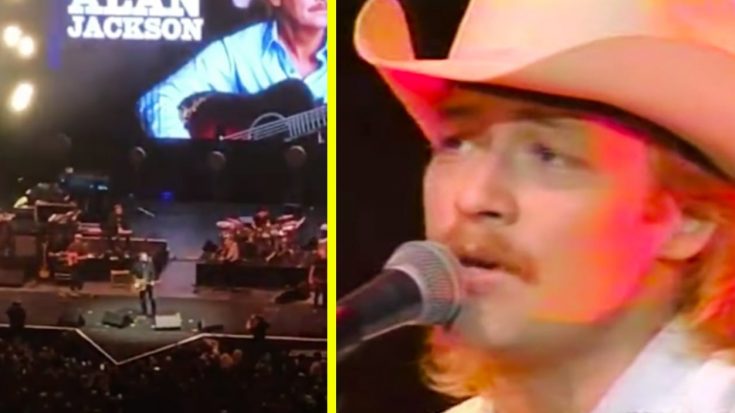 In 2005, Vince Gill came up with the idea to host an annual concert that would benefit the Country Music Hall of Fame and Museum in Nashville. As the CMHOF website explains, his idea came to life two years later, when the first “All for the Hall” benefit concert took place in New York City.

After that, the event alternated between NYC and Los Angeles. Sometimes, two “All for the Hall” concerts take place in a given year, since artists sometimes get together in Nashville for an additional benefit.

Gill typically co-hosts the Nashville event with Keith Urban. But since Gill was on tour with the Eagles in 2020, Urban was left to host the show on his own. He invited some of his famous friends to join him for the event, creating a star-studded lineup.

One of the friends that helped Urban out at the 2020 All for the Hall benefit show was Blake Shelton.

During All for the Hall, artists often take the time to honor their personal heroes, who usually happen to be CMHOF members. Rather than sing a bunch of their own songs, artists will cover some of their favorite recordings from these legendary artists.

That’s exactly what Shelton did when he hit the stage at the 2020 All for the Hall concert. At one point, he chose to honor CMHOF member Alan Jackson with a performance of his 1991 single, “Dallas.”

“Dallas” was released as the third single off of Jackson’s sophomore album, Don’t Rock the Jukebox. The song went on to top the Hot Country Songs chart, making it his fourth consecutive number one hit.

Today, “Dallas” remains a country fan-favorite, so Shelton knew it would be an entertaining piece to sing for the All for the Hall crowd.

There isn’t a full video of Shelton covering “Dallas,” but one All for the Hall attendee did manage to capture a short clip of his performance. The video was uploaded by Twitter user Sharon Murphy, who wrote, “Blake Shelton rocking some Alan Jackson tonight in Nashville.”

Shelton definitely rocked his cover of “Dallas,” as you’ll be able to see when you watch him sing in the video below. His performance was one of many that made the 2020 All for the Hall event a smash success!