Alan Jackson Teams Up With Jon Pardi For Rockin’ “Chattahoochee” 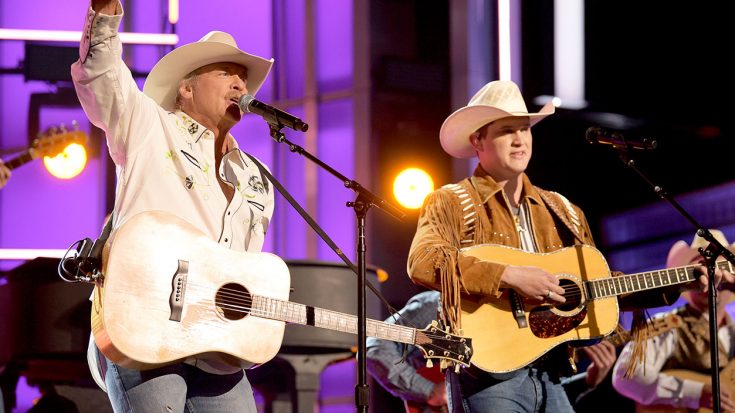 ACM Award winner and country legend Alan Jackson was present at 2018’s 52nd Annual ACM Awards to perform one of his most legendary songs, “Chattahoochee.”

He was a surprise addition to the lineup of country stars when he was announced on March 29 in a video shared by the Academy of Country Music’s Facebook page.

Even more performers have been added to the 53rd #ACMawards! Plus presenters David Boreanaz, AJ Buckley, Cam, Sam Elliott, EVE, Ashton Kutcher, Dustin Lynch, Max Thieriot, and Kiefer Sutherland. Visit ACMcountry.com for ticket info and be sure to tune in Sunday, April 15 on CBS.

In a press release issued by the Academy of Country Music ojsut days before the show, they announced a few superstar collaborations including Toby Keith and Blake Shelton, Reba McEntire and Kelly Clarkson, and Alan Jackson and Jon Pardi.

The release said they were all going  to be performing “ACM Flashbacks” this year, honoring songs from 1993. Fans then were wondering which song Jackson and Pardi would be singing, but it didn’t take long for the ACM’s Facebook to make to big reveal! Pardi himself promised that his collaboration with the country legend was “gonna be country.”

Pardi pulled through on his promise, and helped deliver the most “country” performance of the entire night so far. Both wearing cowboy hats and snazzy attire, they brought the crowd to their feet singing along to Jackson’s 1993 hit.

Even the Grand Ole Opry was loving the performance!

Watch part of their performance below!