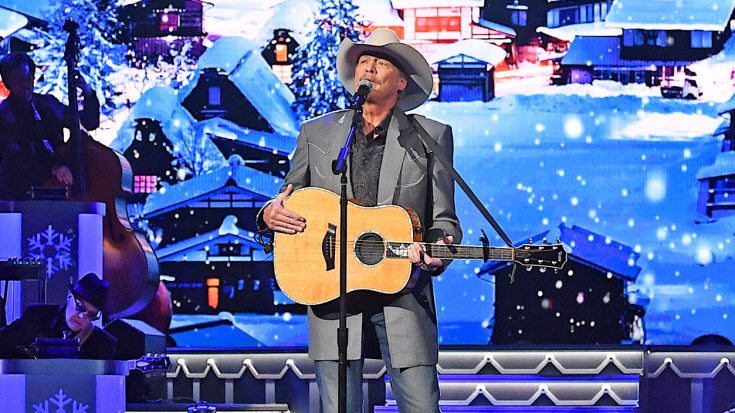 Every year, CMA Country Christmas helps us get into the holiday spirit by bringing some of the best country singers to sing classic holiday songs.

Reba McEntire hosted 2017’s fun-filled night, with performances from Trisha Yearwood, Lady Antebellum, Little Big Town, Alan Jackson, and many more.  Not only did Jackson perform the classic “Have Yourself A Merry Little Christmas,” he also sang “There’s A New Kid In Town” with Chris Young, a song he previously performed with the late Keith Whitley.

For his solo performance, looking as dapper as ever in a suit and his signature cowboy hat, Jackson performed the Christmas song and had the entire audience smiling with delight.

Have yourself a Merry Little Christmas! Be sure to catch the re-air of #CMAchristmas tonight on ABC!

It’s hard not to be in a good mood when watching a country legend, and recent Hall of Fame inductee, perform one of the most well-known Christmas songs out there!

Watch Jackson perform “Have Yourself A Merry Little Christmas” below.