Josh Turner, His Wife, & Their 4 Sons Sing “Have Yourself A Merry Little Christmas” 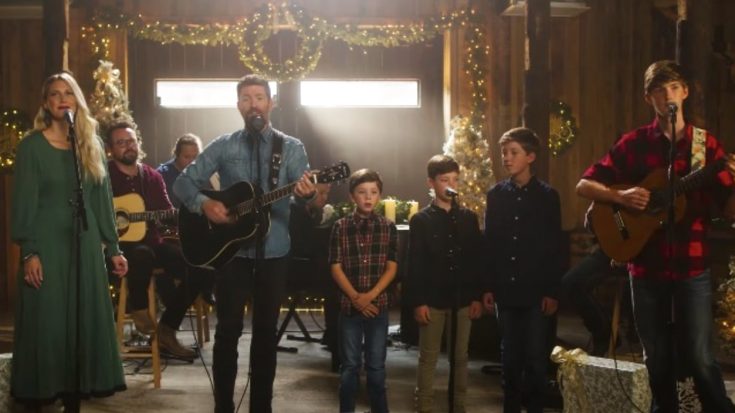 Earlier this year, Josh Turner released his first Christmas album, King Sized Manger. The album includes Josh’s renditions of Christmas classics such as “Joy to the World” and “Angels We Have Heard on High.”

Josh made the album extra personal by inviting his family to sing backing vocals on one of the tracks. He was joined by his wife, Jennifer, and their four sons (Hampton, Colby, Marion, and Hawke).

The Turner family came together to sing the sweet holiday staple “Have Yourself a Merry Little Christmas.” Josh shared a video of their live performance on YouTube, and it’s heartwarming to watch.

When speaking about the video, Josh said, “I hope the boys will remember this time fondly and be excited to play this song for their families someday.”

We’re sure the boys will always treasure these happy musical memories they made with their parents. Look below to watch them sing “Have Yourself a Merry Little Christmas” with Josh and Jennifer.

This isn’t the first time we’ve heard Josh’s sons sing. Back in 2018, the boys filmed a live performance of a song called “The River (Of Happiness),” which was a track on Josh’s album I Serve a Savior.

Jennifer wrote “The River (Of Happiness)” along with her and Josh’s eldest son, Hampton. Watch him and his brothers sing the song in the video below. They’ve grown up so much since then!

Join us in wishing the Turners a Merry Christmas this year! We hope the day is a special one for them.