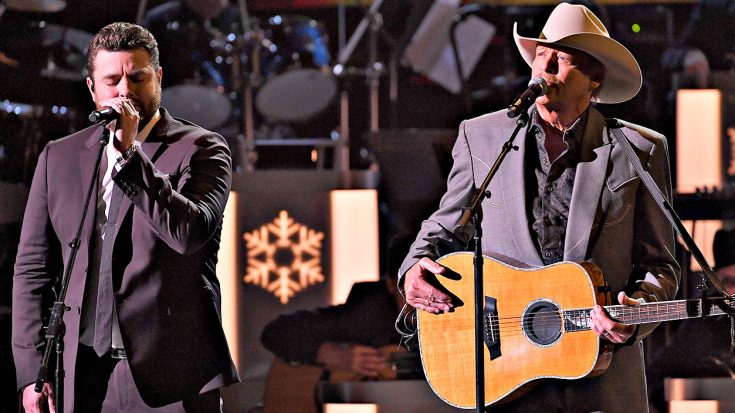 As part of the beloved CMA Country Christmas holiday special, these two stunning voices came together for a harmonious pairing that can get anyone in the Christmas spirit!

Taking the stage at the Grand Ole Opry House in Nashville, both Alan Jackson and Chris Young dressed to the nines and unleashed a magical recreation of this fan-favorite 1993 Christmas song that had everyone in the audience singing along.

Jackson’s 1993 holiday album featured his original rendition of “There’s a New Kid in Town” and featured country legend Keith Whitley – to which he paid homage in this recent performance with Young. Jackson and Young recorded their own take on the song for Young’s 2016 holiday album in which Jackson picks up Whitley’s original part.

According to People magazine, in this live performance, Jackson muffed a section of the song and got a retake for the television special – something nobody but the audience got to witness. Even though, they reported that enormous cheers erupted from the crowd over this amazing duet.

Watch Jackson and Young’s heavenly holiday harmony in the video below.