Alan Jackson Wrote A Song For His Daughters’ Weddings 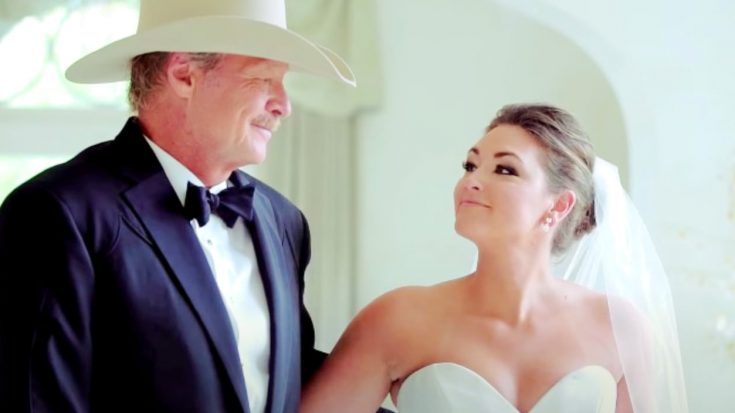 After six years, Alan Jackson released a new album in 2021. His latest offering is titled Where Have You Gone.

The album contains a total of 21 tracks, including a tribute to Alan’s late mother, Ruth. That song is titled “Where Her Heart Has Always Been.”

Two songs Alan wrote for his daughters’ weddings are also featured on the album: “You’ll Always Be My Baby” and “I Do.”

Alan’s eldest daughter, Mattie, married Ben Selecman in October 2017. The couple’s wedding was featured as the cover story on an issue of Southern Bride magazine.

Sadly, Ben passed away less than a year later, in September 2018.

Mattie and Ali’s youngest sister, Dani, also appears in the photos. Alan has a beautiful family!

It was announced that Alan would perform one of the wedding songs, “You’ll Always Be My Baby,” at the 2021 ACM Awards. So in the lead-up to the awards, Alan released the song’s official audio for his fans to enjoy.

Tune in to the clip below to listen to “You’ll Always Be My Baby.” Keep some tissues close, because you’ll probably need them.