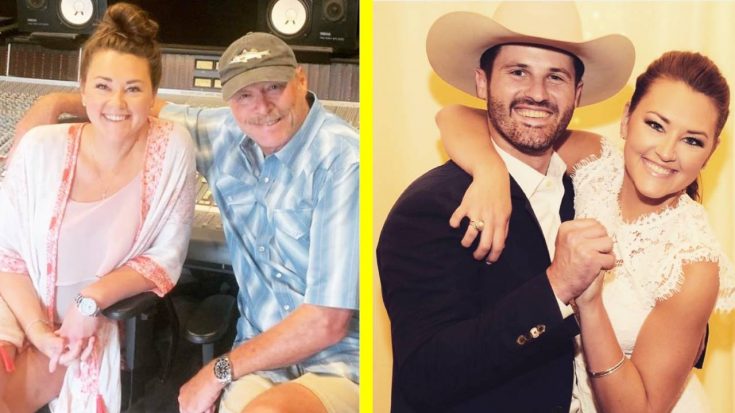 In 2018, Alan Jackson’s family suffered an imaginable loss. Ben Selecman, the husband of Alan’s daughter, Mattie, passed away unexpectedly after he slipped and hit his head while on a boat in Florida. The two had been married less than a year when the accident took place.

Losing someone, especially so suddenly, was very hard on Mattie and the family. While she was grieving, Mattie began journaling her feelings. A Creative Writing major in college, this came natural to her. These journals were turned into a book, titled Lemons on Friday, which will was released on Tuesday, November 16.

She explained in a post on Instagram that Lemons on Friday “charts [her] pain and struggles,” after Ben’s death.

Mattie also teamed up with her famous country-singing dad to write a song that accompanies the book. Alan recorded the song, which is titled “Racing the Dark.” Those who preordered Lemons on Friday were able download “Racing the Dark” for free.

Because it is book release day, the song is now available to everyone. Not only did Mattie help write the song, she is also a featured vocalist on it.

Alan sings the verses solo, while Mattie joins him on the harmonies for the chorus. Together, they sing, “It’s been two years now / She’s just starting to see / Her life is hers again / And who she’s gonna be. She’s so used to running / Can’t get nowhere sittin’ still / In the silence in the morning she feels his love and always will.”

Take a listen to the emotional song below.