Alan Jackson Just Raised Tons Of Money For His Hometown 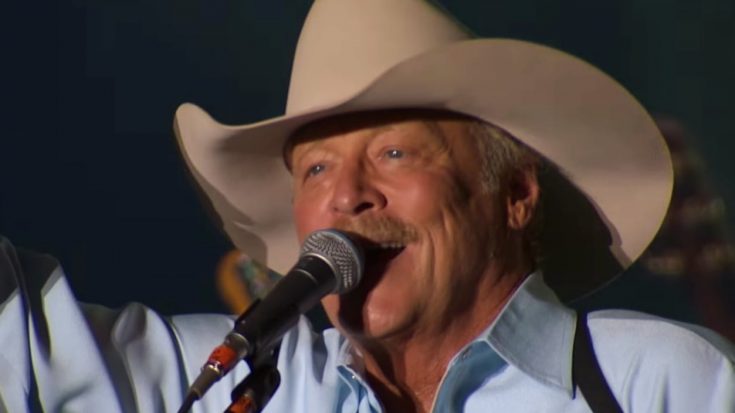 In March, an E-4 tornado struck the city of Newnan, Georgia. According to the National Weather Service, E-4 tornadoes are classified as being “violent” with “Wind speeds of 166 to 200 mph or more.”

Newnan suffered significant damage as a result of the storm. One article from 11 Alive described the extent of the destruction:

NEW VIDEO – Overnight, a brutal tornado ripped through the city of Newnan, Georgia and left behind a devastating trail of destruction in it's wake. Damage from downtown to a local high school was reported, with multiple homes severely torn up as well. Here's a drone view. pic.twitter.com/P6J0BDuJk9

In other words, it was going to take tons of time and money to rebuild Newnan and help its citizens recover from the storm. Thankfully, the people of Newnan just got a lot of help from one of their own.

Country Music Hall of Famer Alan Jackson was born and raised in Newnan. He wanted to do something to help his hometown with tornado relief, so he hosted a benefit concert on Saturday night (June 26). It was called the Where I Come From: Tornado Benefit Concert.

He was joined by some of his famous friends, including Chris Young and Caylee Hammack.

Alan Jackson Heads Back to His Hometown for Benefit Concert — and Raises $2 Million for Tornado Relief https://t.co/1kqPIjKbgd

After the other artists performed, Jackson took to the stage to deliver his headlining set. He performed many of his classic hits, including “Chattahoochee” and “Good Time.”

While on stage, Jackson told the crowd it “broke [his] heart” to see what the tornado did to Newnan:

“I’m from Newnan … my wife Denise is from Newnan,” he said. “We were both born and raised here and all of our childhood and young adult memories come from this area. When we saw what that tornado did coming through here a few months ago, it broke my heart. It broke Denise’s heart. We had relatives affected by it and friends. The high school that we went to got hit.”

Jackson said he knew he had to do something to help the people of his hometown. And help he did…his benefit concert ended up raising over $2 million for tornado relief.

Even though the concert is over, you can still make a donation to help Newnan. All donations can be made to the Coweta Community Foundation here.

Hats off to Jackson for raising so much money to help his hometown! Watch the video below to get an idea of what his benefit concert was like.