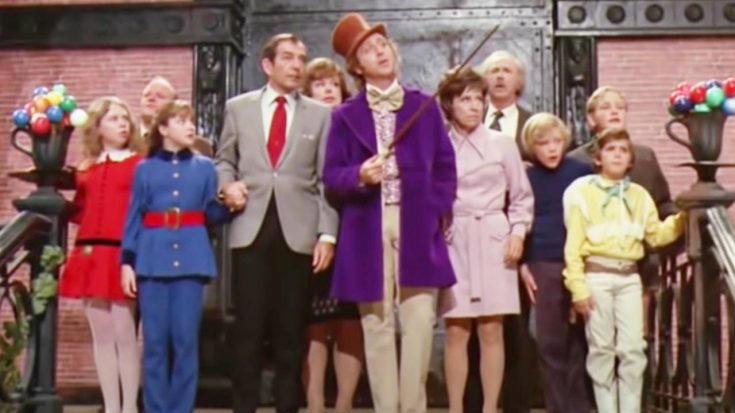 On June 30, 1971, Willy Wonka and the Chocolate Factory was released to theaters.

Happy 50th anniversary to the magnificent WILLY WONKA AND THE CHOCOLATE FACTORY. It came out in theaters on June 30th, 1971. ??? pic.twitter.com/1FqZK6jaS5

June 2021 marked the film’s 50th anniversary, so Yahoo! Entertainment sat down virtually with four of the former child actors to talk about their time filming the now-iconic movie in honor of a new 4K Ultra HD version being released. Sadly, Denise Nickerson passed away in 2019, so the four living child actors attended and had nothing but good things to say about the movie’s leading man.

Julie Dawn Cole, who played spoiled Veruca Salt, revealed that the day she filmed her song “I Want It Now,” was her 13th birthday and Wilder did something incredibly special for her. She revealed that Wilder had a special photographer come to set to take color pictures for her birthday, and she still has those photographs to this day.

“I think people kind of want us to tell you that he was like Willy Wonka off set, but he wasn’t,” she said. ” “He was such a lovely, kind man, very unassuming.”

Peter Ostrum, who played Charlie, agreed with his former co-star saying, “He was just down to earth, not pretentious, he was just a wonderful person to be around and to work with.”

Ostrum then told a story of his first time meeting Wilder after filming all the scenes where he was running around delivering newspapers and Wilder told him he was tired watching the young boy run around all day!

Wilder has publicly called one of the children “a handful” and a “notorious troublemaker,” and turns out, it was Paris Themmen, who played Mike Teevee.

“I can corroborate that,” Themmen said. “I was younger than the others. I was 11, they were 13, and was naturally just sort of more high spirited and rambunctious.”

“Who would have thought 50 years ago that we would still be talking about this and to be involved in a project like this — that it’s still relevant? It’s been exciting,” Themmen agrees. “Fans all have special memories of the very first time that they saw this film, and it truly means something to them.”

Read more about their reunion here and here.