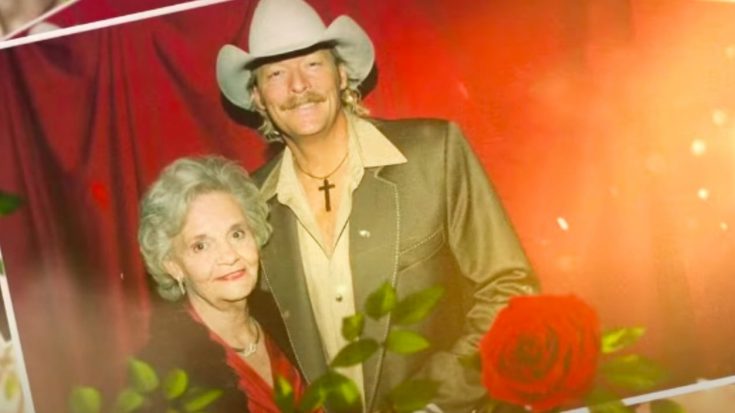 Four years ago, Alan Jackson shared that his mother, Ruth, had passed away. She died on January 7, 2017 at her home in Newnan, Georgia at the age of 86.

A few days later, Alan wrote a song about his mama’s death. He performed the song for those who gathered to remember her at her funeral on January 12, 2017.

The Newnan Times-Herald  wrote about Ruth’s funeral and the song Alan shared. They said the song was titled “Where Her Heart Has Always Been.” Alan remarked that performing the song at his mama’s funeral was his “toughest gig yet.”

Now, four years after Ruth’s death, Alan’s fans finally get the chance to hear the song he wrote to remember her.

“Where Her Heart Has Always Been” is one of the songs featured on Alan’s upcoming album Where Have You Gone. He shared the song ahead of the album’s release, first releasing an audio-only video on April 30.

The song opens with a clip of Ruth reading from her Bible. Then, Alan sings about the heartbreaking moment that his mama passed away. “A peaceful sound was calling low, ‘It’s time to go,'” he says.

Alan goes on to sing about his mama’s arrival in heaven, saying it’s the place “where her heart has always been.”

Then, on May 6, Alan shared a lyric video to accompany the song. The video contains pictures of Alan’s mom throughout the years.

Look below to watch Alan honor his mama in his lyric video for “Where Her Heart Has Always Been.”

This song has already resonated with so many listeners, especially those who have also lost a parent. It tugs at the heartstrings, that’s for sure.