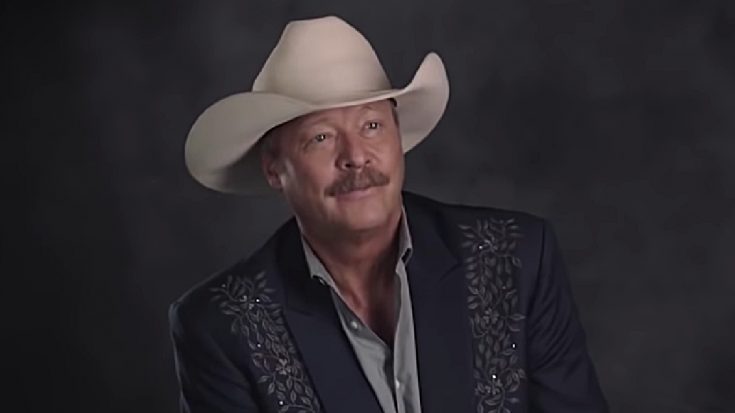 Nearly two months after the events of 9/11 unfolded, Alan Jackson took the stage at the CMA Awards to perform an emotional tribute song that he had penned just a week prior. Little did he know that the song would become a healing balm to a hurting nation.

Now, twenty years later, Alan Jackson is reflecting on “Where Were You (When The World Stopped Turning), the song that became an unexpected hit for the singer. In an interview with Yahoo! Entertainment, Jackson opened up about writing the song as a way to process his own grief and capture the emotion and feelings we were all experiencing that day. But, he admits that he didn’t anticipate the song’s success.

“That [CMAs performance] made me very proud, but I thought [the song] would probably go away in a couple of years and I wouldn’t be playing it on the road anymore,” Jackson said. “But now after all these years, it’s kind of just evolved — in what the song is about, anyway. It’s all about faith, hope, and love — not just about 9/11.”

Inspiration to write the now-iconic lyrics came to Jackson in the middle of the night, just one week before he would perform it live on the CMA Awards.

“That chorus was coming out of my mouth, pretty much just like I wrote it. And back then I had a little DAT recorder, and I recorded it so I wouldn’t forget the melody and words. And then the next day I started piecing all those verses together, all the thoughts I’d had or visuals I’d had,” Jackson shared. “It was a Sunday — I remember because when I started writing it, my wife and girls had gone off to Sunday school — and I finished it that day. Those verses were just straight out of my mind, all those visual images I’d had watching the news, all the stories about how people were dealing with it. And there it was.”

The “Gone Country” singer admitted that he was hesitant to record “Where Were You” because he didn’t want it to appear that he was attempting to capitalize on the catastrophic events that inspired the song.

“I knew a lot of people would try to write a song, and there’s nothing wrong with that, but I just didn’t want to look like [I was] taking advantage of the situation commercially. I didn’t want to do that. But this song just came out of nowhere, like God sent it to me or something.”

With some encouragement from his wife and longtime producer, Jackson recorded an official track. Before he knew it, the song had been released and became “this big, big song that seemed to help people somewhat.”

When CMA execs heard the song, they quickly changed the plans for Jackson’s performance at the annual awards show where he was scheduled to sing his hit single, “Where I Come From.” Instead, Jackson performed “Where Were You” with an orchestra, a performance that received a standing ovation and flooded radio airwaves the next day and for years to come.

But, Alan continues to be somewhat uncomfortable with the song’s success.

“It was a tough performance for me,” Jackson said of his 2001 CMA Awards show performance. “You know, just the whole idea of releasing the song was a little bit tough. I wasn’t sure I wanted to put it out, but everybody convinced me that it was the thing to do … and in retrospect, I agree with that. But it’s hard to go out there and sing anything new, and the topic made it difficult, too. I just remember — other than being relieved that I got through it — that I just felt very proud that it seemed to cause a reaction in people. I was proud that I got to do it, and that it seemed like it meant something.”

Despite the massive success and popularity of “Where Were You (When the World Stopped Turning),” Jackson is reluctant to take any credit for the song and calls it a gift.

“That song was just a gift. I’ve never felt I could take credit for writing it,” Jackson said. “It may feel great, but I can’t take credit for it. It’s just right out of the Bible.”

Hear Alan Jackson reflect on “Where Were You (When the World Stopped Turning)” below.