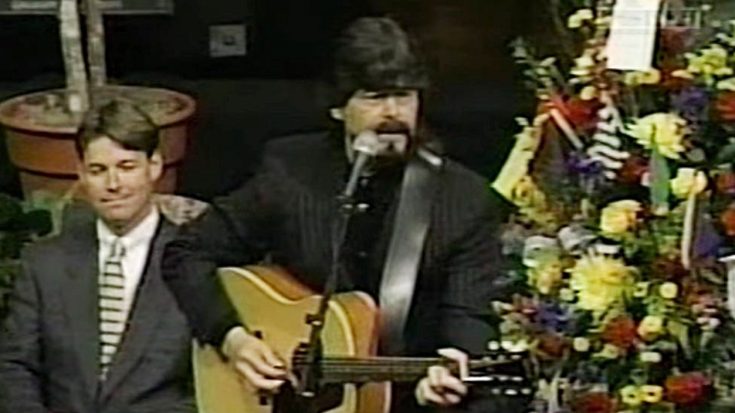 After NASCAR legend Dale Earnhardt passed away on February 18, 2001, the whole racing community was devastated.

Earnhardt was laid to rest in Kannapolis, North Carolina, and a memorial service took place the next day on February 22 in Charlotte, North Carolina. Everyone came together to honor Earnhardt’s life and legacy, including Alabama’s lead singer Randy Owen, who played a special role in the service.

His nickname may have been The Intimidator, but based on how many people attended his service, you can tell he was well-loved.

Standing in front of thousands of guests, Owen opened the service with an emotional tribute to Earnhardt through the form of Alabama’s song “Goodbye.”

It’s hard to control the tears when you watch and hear Owen sing the lines “Goodbye, goodbye, Till I see you again./Goodbye, goodbye, I’ll love and I’ll miss you./Till then, remember me, ’cause I care.”

The song has an emotional message all on its own, but in the context of Earnhardt’s memorial service it takes on an even deeper meaning.