Actor Jason Mamoa Dresses Up As Elvis Presley On Halloween 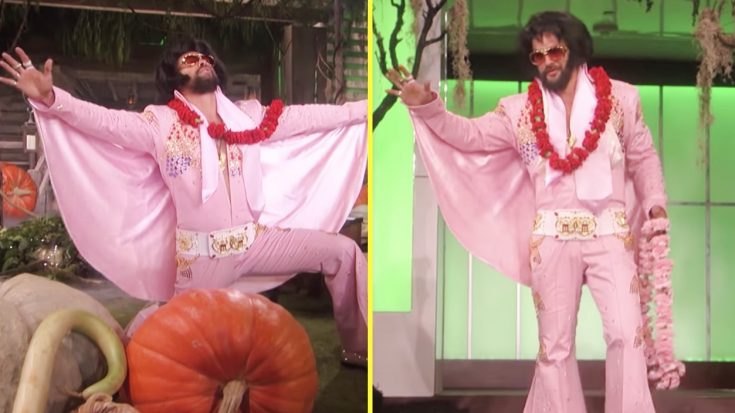 No talk show host goes more all out for Halloween than Ellen DeGeneres.

This year, she went as a parody of rapper Cardi B – Cardi E. She even had the rapper come out and surprise her audience.

Cardi E and Cardi B having a twerk-off. @iamcardib

One of Ellen’s guests on her 2019 Halloween episode of The Ellen Show was actor Jason Mamoa. Not wanting to miss out on the fun, Mamoa dressed up as an iconic singer, one that he admires a whole lot – Elvis Presley.

He wore a pink jumpsuit that was fashioned with a cape much like one Elvis himself would wear.

Mamoa’s entrance on Ellen was fit for a king! He dramatically walked out to the song “Also sprach Zarathustra,” which is also known as the theme song from the 1968 movie 2001: A Space Odyssey. He then broke into dance in the audience to an Elvis Presley song.

After sitting down with DeGeneres, Mamoa admitted he’s an Elvis Presley super fan and even owns a ’55 pink Cadillac, which Presley also owned.