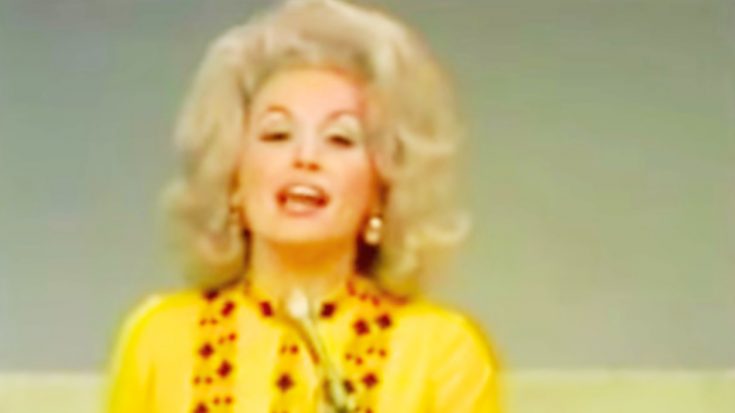 The True Depth Of Dolly’s Talent

It goes without saying that Dolly Parton is one of the most talented vocalists to ever grace country music. But the true depth of her talent is something that continues to amaze fans, even after her many decades in the industry.

Already, you know that Parton’s talent as a vocalist is superior based on her ability to hit high notes that other singers can only dream of hitting. But did you have any clue that she’s also capable of tackling one of the most difficult ways of singing?

Whenever you listen to someone yodel, it seems effortless. But if you’ve tried to yodel yourself, you’ve discovered it’s not as easy as it sounds.

It turns out that it takes some true talent to be able to yodel properly, and that’s a talent that Parton just so happens to have.

Another country artist famous for yodeling was none other than Jimmie Rodgers. You could even go so far as to say that he encouraged all future generations of country artists to try yodeling as well, all thanks to a series of songs he wrote.

That series of 13 songs, appropriately titled the “Blue Yodel” songs, includes what may be the most famous yodeling song of all time, “Mule Skinner Blues.”

The eighth of Rodgers’ “Blue Yodel” songs, “Mule Skinner Blues” has been recorded by more artists than one could ever imagine. One of those artists is of course, Parton.

Parton recorded a rendition of “Mule Skinner Blues” on her 1970 album, The Best of Dolly Parton. Her recording was a smash success, and reached the third spot on the country chart in the U.S.

That recording led to one of Parton’s many Grammy nominations.

A few years later, Parton revisited the song, that time as a duet with Bill Monroe, who had also recorded the song. The two performed it together on the televised special, Fifty Years of Country Music.

But to develop a true appreciation of Parton’s yodeling skills, you need to watch her sing the song live and solo. Thankfully, she did just that a few years prior.

Within recent years, a clip resurfaced online of a young Parton sweetly singing “Mule Skinner Blues” while performing on television. The performance not only showcases her range, but places her hidden yodeling talent on full display.

With a smile plastered on her face, Parton made yodeling seem like child’s play. That’s how effortlessly she seemed to handle it!

If anything, you should now have an even greater appreciation for Parton. Not only can she sing and yodel, but she’s also an expert instrumentalist.

Prepare to be amazed by yet another one of Parton’s many talents when you watch her play the the banjo in another one of her earliest performances. She’s the true definition of a superstar!