A Convicted Murderer Guest Starred On ‘I Dream of Jeannie’ 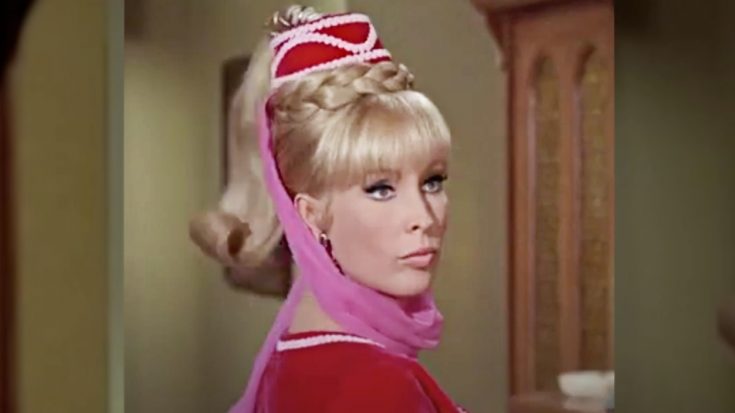 I Dream of Jeannie captured viewers’ hearts for five seasons between 1965 and 1970, and the beloved series still airs reruns on television.

She’s 90 in a few weeks. pic.twitter.com/FZUnKB9YT3

Unfortunately, some reruns age better than others. In I Dream of Jeannie’s case, viewers realized that a convicted murderer shared the screen with Barbara Eden and Larry Hagman. The famous television show saw a wide variety of guest stars, including music producer Phil Spector. The producer worked with high-profile artists, including the Beatles and Tina Turner.

According to IMDb, Spector was written into the season 3 episode “Jeannie, the Hip Hippie.” In the episode, Jeannie paid a visit to the record executive so that he would listen to her rock band. Spector’s scene poked a little fun at the music industry as he told a client on the phone that the song had a “weak” bridge and “awful” tempo, but the track was a “smash” hit.

It is odd for fans to watch Spector on the wholesome sitcom. Decades after he guest-starred on I Dream of Jeannie, Spector stood trial for the murder of actress Lana Clarkson.

As Variety reports, Spector met Clarkson at a lounge in West Hollywood in 2003. The two went back to the music producer’s home, and Clarkson was later found shot in the mouth. Spector remained free until his trial in 2007; his defense team claimed that Clarkson kissed Spector’s gun, and the weapon accidentally went off. The first trial resulted in a hung jury, but Spector was later convicted in a second trial. He was sentenced to 19 years to life in prison in 2009 and died behind bars on Jan. 16, 2021.

For more on Phil Spector, check out the video below.