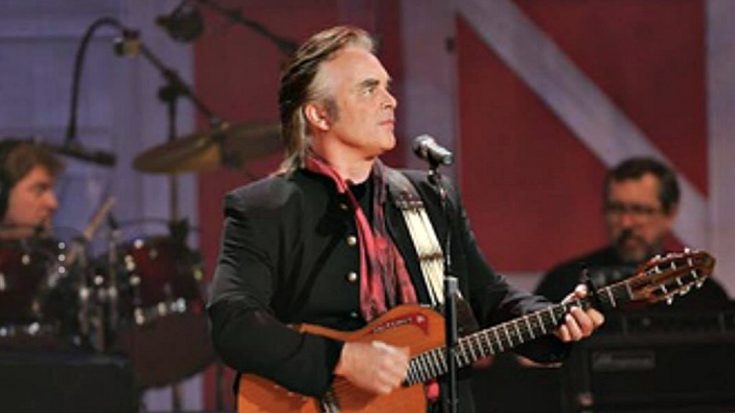 Beloved singer-songwriter Hal Ketchum has officially retired. In a heartbreaking message to Hal’s fans on Facebook, his wife Andrea revealed that the 66-year old has been diagnosed with Alzheimer’s/dementia.

Andrea shared that the singer had been battling the disease for awhile and continued to perform as long as possible.

“Dear friends and fans of Hal, this is Andrea, Hal’s wife. I know everyone is wondering why there are no future tour dates, and speculations as to the reason. Our family would like to share the cause for this,” Andrea wrote. “Unfortunately, Hal is suffering from Alzheimer’s/ Dementia. He has been battling this for some time now, but because of his love for his fans, he continued performing as long as it was possible. Dementia is an exhausting and confusing illness and now it’s time for Hal to stay home with loved ones.”

Andrea added that Hal is happy and enjoying his time at home with family and friends.

Dear friends and fans of Hal, this is Andrea, Hal's wife. I know everyone is wondering why there are no future tour…

Hal Ketchum was signed to Curb Records and released his debut album, Past the Point of Rescue, with the label in 1991. The success of his debut single, “Small Town Saturday Night,” and the album’s title track launched Ketchum to country superstardom.

Ketchum became the 71st member of the Grand Ole Opry in 1994 after releasing hits such as “Sure Love,” “Hearts Are Gonna Roll,” and “Stay Forever.”

Ketchum’s Alzheimer’s diagnosis is the latest in a series of health issues for the star. According to his website, Ketchum left Nashville after being left partially paralyzed by multiple sclerosis. He moved back to his home state of Texas where he sought peace and quiet as he came to terms with his health. In the midst of his reflection, Ketchum discovered that he wasn’t ready to give up music altogether. He wrote songs, all of which made up his 2014 soulful bluesy album Troubadour.

Ketchum taught himself to play guitar again and started doing shows with the help of his friend, guitarist Kenny Grimes, and his wife Andrea who acted as his manager and road manager. Unable to hold a guitar pick, Hal strummed along on his guitar and sang the songs that earned him multi-platinum status with more than 5 million albums sold.

The news of his retirement was devastating for his fans, many of whom took to social media to share memories and well wishes for the artist.

Hal Ketchum was never my favorite artist but it sucks he’s dealing with dementia and it’s very unfortunate he has to lose his career over it.

So sad hearing about #HalKetchum dementia is a horrible disease. Keeping him & his family in my prayers. I lost my dad to this terrible disease in 2015. #DementiaSucks

The news about Hal Ketchum is heartbreaking. I've been crying since I'd heard it. In the early 90s, I listened a lot to him, @DardenSmith and @RadneyFoster . The beautiful songwriting, the wonderful songs.
I was jealous of how good he was. May his final years bring peace

Our thoughts and prayers are with Hal Ketchum and his family.