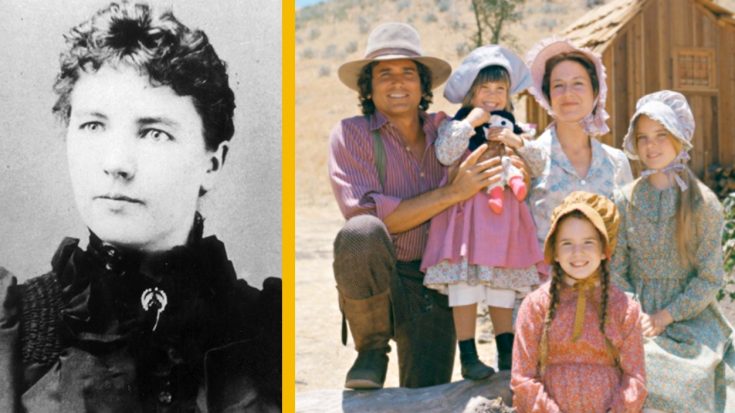 Laura Ingalls Wilder is best known for her Little House novels, which eventually turned into the popular television drama Little House on the Prairie. Still, even the author’s biggest fans might be surprised by her personal life.

Here are eight facts about the author that few people know:

Laura was related to a Salem “witch.”

One of Laura’s ancestors, Martha Ingalls Allen Carrier, was labeled “a rampant hag” by Cotton Mather during the Salem Witch Trials. After she was found “guilty” of witchcraft, Martha was hanged at Gallows Hill.

Laura was in her sixties when she began to pen her past experiences to paper. Her first memoir, Pioneer Girl, was written for adult readers and recalled grim stories, such as when her neighbors froze to death in a blizzard. At the time, publishers were not interested, but South Dakota Historical Society Press has since published the book’s original manuscript.

Laura was a relative of Franklin Delano Roosevelt.

While Laura may not have been aware of the connection, she was related to Roosevelt through her great-grandmother, Margaret Delano Ingalls. Of course, the relation would not have pleased Laura, who despised Roosevelt’s New Deal so much that she changed political party affiliations.

As a child, Laura witnessed one of the most devastating natural disasters in the country’s history. A locust plague affected a vast land area from Texas to the Dakotas, which caused an estimated $116 billion worth of damage.

Laura claimed “every story” in her books was “true,” which was false.

The Little House books drew influence from reality; however, Laura created fictional characters and storylines. One of Laura’s most immense stretches of the truth was a story she told at a 1937 book fair, which involved the serial killers on the Kansas prairies. While the “Bloody Benders” were real, Laura’s claims that her father helped hunt down the culprits were not.

Laura refused to own a television.

Modeled after Laura’s books, Little House on the Prairie would earn the author millions of fans from all over, but Laura did not share their affections for the show.

Laura’s estate did not stay in the family.

Laura left the rights to her work to her daughter, but when Rose died without any children. Rose left the family legacy to Roger Lea Macbride, her literary agent.

For more about Laura Ingalls Wilder, check out the video below.