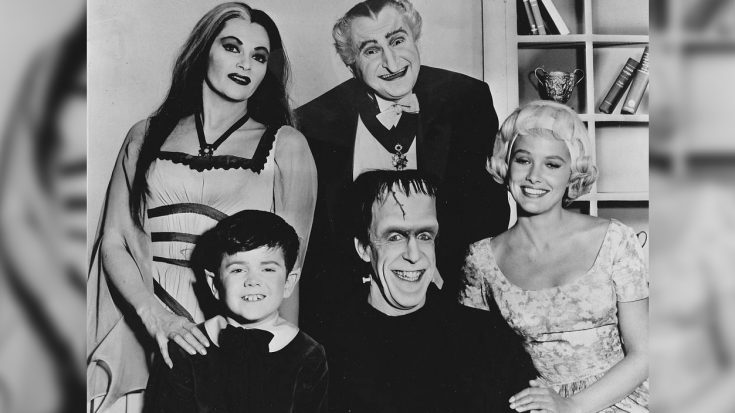 The ’60s sitcom and fan-favorite show The Munsters premiered on September 24, 1964, and became an instant hit.

Featuring a family of monsters in their day-to-day life, the patriarch of the family and “Frankenstein” monster of the house, Herman Munster, was played by Fred Gwynne. He was married to a vampire named Lily Munster, who was played by Yvonne De Carlo. Her vampire father, known as Grandpa, played by Al Lewis, enjoyed talking about the “good ole days.” Their half-werewolf, half-vampire son Eddie Munster, was played by Butch Patrick, and their non-monster niece, Marilyn Munster, played by Beverly Owen and later Pat Priest, was considered the outcast of the Munster family for being normal.

One of the best TV families of all time. #Halloween #TheMunsters pic.twitter.com/5ERW9UjCCw

The series was a parody of both common monster movies and the pure family fare of the era. The Munsters battled against the similarly themed show The Addams Family that aired at the same time.

?The Munsters vs The Addams Family ?? pic.twitter.com/0Gal5yG736

Now that you know all the basic facts, here are 7+ little-known facts about the show and its kooky family.

In the original pilot film, a 16-minute short that was used to sell the idea featured Joan Marshall as Herman’s wife, named Phoebe. When the show was picked up as a series, they were asked to recast Phoebe Munster due to her similar look to rival character Morticia Addams. So Phoebe Munster became Lily Munster.

2) Herman & Grandpa Were In A Show Together Before The Munsters

Fred Gwynne (Herman Munster) and Al Lewis (Grandpa) were co-stars in a show before The Munsters called Car 54, Where Are You? that aired from 1961 to 1963. They played Officers Francis Muldoon and Leo Schnauser. The two remained close friends long after The Munsters was canceled.

3) The Original Name Of The Show Was Love Thy Monster

The script for the original pilot for Universal’s parody of Leave It To Beaver was a live-action monster comedy called Love Thy Monster.

Beverley Owen quit The Munsters  after thirteen episodes to get married and focus on her family. Pat Priest then filled the role.

Grandpa Munster, played by Al Lewis, was portrayed as Lily Munster’s father, however, in real life, Al was actually a year younger than the actress who played Lily, Yvonne De Carlo.

As the popularity of The Munsters rose, Herman Munster (Fred Gwynne) and Grandpa Munster (Al Lewis) were asked to be a part of the 1964 Macy’s Thanksgiving Day parade. They rode the Munster Koach down the New York city street.

7) The Munsters Mansion In Real Life

There is a real-life version of The Munsters Mansion in Waxahachie, Texas. Charles and Sandra McKee built their dream home as a recreated version of The Munsters mansion. It is a 5,825 square foot home that mimics the Munster home all the way down to the crooked weather vane and the grand staircase that opens up. Every Halloween, they host huge parties to contribute to charities.

8) An Animated Munsters Was Introduced In 1973

Al Lewis was the voice of his original character in the 1973 animated series The Mini-Munsters.

Did you know any of these tidbits of information about The Munsters?

Watch The Munsters in the episode below.