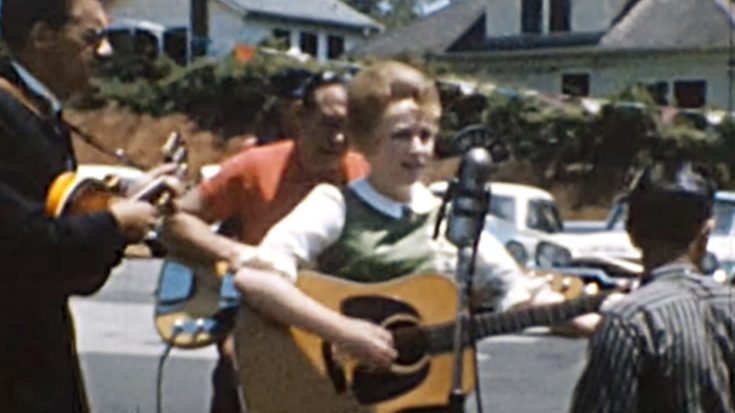 A rare video of Dolly Parton has resurfaced from over 60 years ago.

Archivist Bradley Reeves shared a video with WBIR 10 News taken by a Fountain City resident on a Super 8 home movie camera in 1961. The silent footage showed a 14-year-old Dolly singing and playing guitar. The future star wore a green and white dress as she entertained a crowd in Knoxville.

Dolly sang alongside several great bluegrass players, and even at a young age, the “Jolene” singer carried raw star power. The person who took the video must have also seen a spark of stardom in Dolly. The resident held onto the preserved the silent film, which is now a hidden treasure for Dolly fans everywhere.

Although the clip is silent, Reeves treated viewers to a recorded track that Dolly sang in about 1961. Even at 14, Dolly’s voice sounds angelic, and listeners can hear the power behind each note she sings.

Would you be able to scout Dolly as the next big country star? Check out the exclusive footage below.