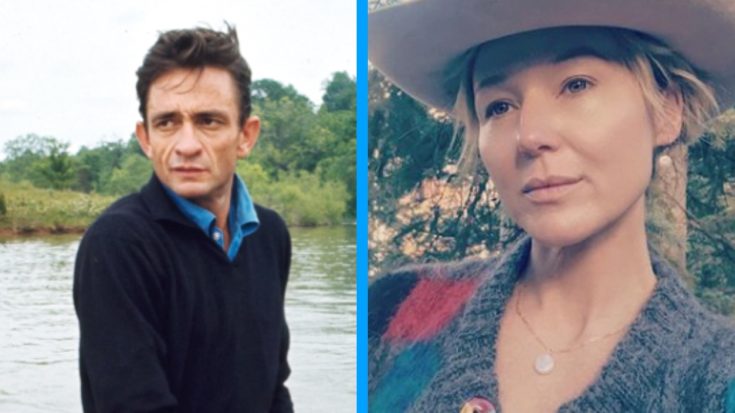 The song “Does Anybody Out There Love Me?” is part of the new album Johnny Cash: Forever Words. The song’s lyrical content draws from Cash’s un-released materials in a project headlined by the music legend’s son, John Carter Cash.

Jewel took Cash’s lyrics and created a conversational and intimate song that echoes the great Johnny Cash. Jewel’s voice carries an emotional plea that suits the mood of the tune perfectly. In an interview with Parade, the recording artist explained why she felt connected to Cash and the song’s story. She stated:

“Those lyrics were very classic Johnny Cash. Addiction, self-worth, self-love—they’re themes of Johnny Cash’s life. You know I got to portray Johnny Cash’s wife in a Lifetime movie, so I became even close to the story. It was based on John Carter Cash’s biography on his mother. Whether you’ve been an addict, or not, we all struggle to go to wonder, does anybody love me? That failing sense of self-worth is at epidemic proportions and I liked that this song addressed that.”

Jewel also explained that she searched for ways to “convey the meaning” in the song’s music. She ended up writing the song on acoustic guitar because she wanted to embody the lyrics’ “restless feeling.”

Listen to the full song in the video below.