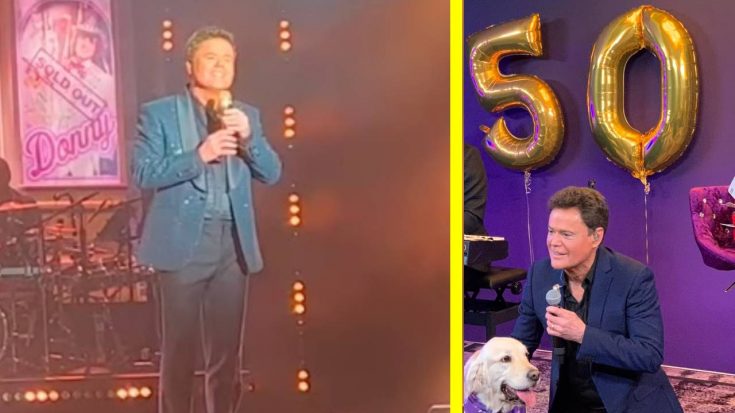 On February 19, 1972, a 14-year-old Donny Osmond released his third single as a solo artist. He began singing with his brothers in the group The Osmonds when he was just five years old.

His debut single as a solo artist was a cover of Roy Orbison’s “Sweet and Innocent,” which he released in 1971 and peaked at number seven on the charts.

He followed that single up with “”Go Away Little Girl,” which hit number one, and a cover of Paul Anka’s hit song “Puppy Love.”

Osmond’s version of “Puppy Love” helped catapult him to teen idol stardom.  It reached number three on the Billboard Hot 100 on April 1, 1972 and reached the number one spot on the Canadian charts!

Osmond is currently performing nightly at his Las Vegas residency at Harrah’s Resort and on the 50th Anniversary of “Puppy Love’s” release, he had a big celebration with other fellow Vegas acts.

During his show, he also sang a rendition of his hit single which helped put him on the map. He shared a clip of the song to his Facebook page, and we not only wish we were there, we wish it was longer!