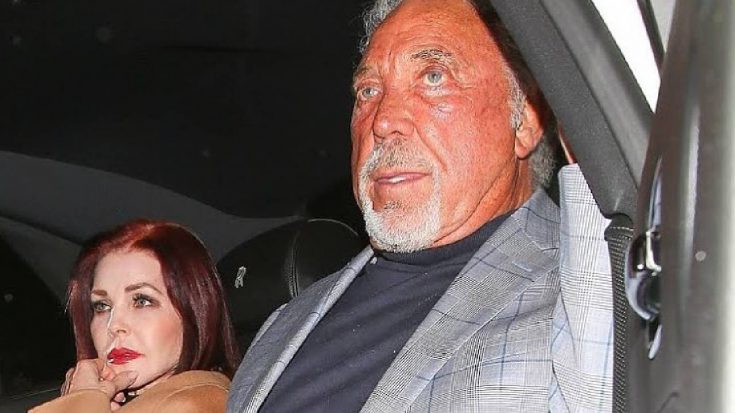 In the 1960s, Tom Jones and Elvis Presley struck up a friendship that would last many years. They even took vacations together!

And even after their divorce in 1972, Tom remained friends with Elvis’ ex-wife Priscilla. They remain close to this day. So close, in fact, that for many years there have been rumors of a romantic relationship between them.

Tom Jones’ wife of 59 years passed away in 2016 and one year later he and Priscilla were spotted out to dinner, which started the romance rumors. His team had to come out and make a statement that the two were not dating.

Now, four years later, Tom Jones himself is finally addressing those rumors, which have actually continued after his rep denied them, in a new interview with PEOPLE.

“We’re not dating, but we do go out to dinner,” Jones said.

He explained they have a mutual friend, TV producer Jeff Franklin, who has a “big house” in Los Angeles where they visit often and have sing-a-longs.

“She’s there a lot, and so, we talk, and she’s a very dear friend of mine, Priscilla. I mean, I met her in the ’60s, and she’s been a friend of mine ever since. But there is nothing romantic, no,” he stated.

As Priscilla said in a post from 2017, the two are ‘lifelong friends.”