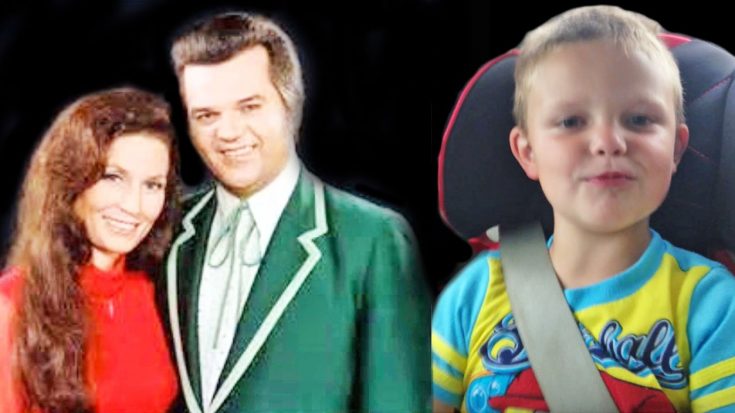 This 4-year-old aspiring country star gives all other Conway Twitty and Loretta Lynn fans a run for their money in this adorable video.

The adorable little country singer, Braydon, sings along to the country legends’ ballad “As Soon as I Hang Up the Phone,” taking over Conway’s parts while also harmonizing with Loretta.

He is wearing Spongebob pajamas while sitting stoically in his carseat as he sings along passionately to the song.

The song is about a man who is trying to resurrect a dying relationship while the woman on the other line resisting that the relationship is through as soon as she hangs up the phone. The song is partly spoken by Conway and partly sung by Loretta.

“As Soon as I Hang Up the Phone” was recorded as a duet and released in 1974. The song hit number one on the Billboard Hot Country Singles chart in the US as well as the Canadian Country Tracks chart.

Watch Braydon’s heart-melting rendition of the the country classic and let us know what you think.