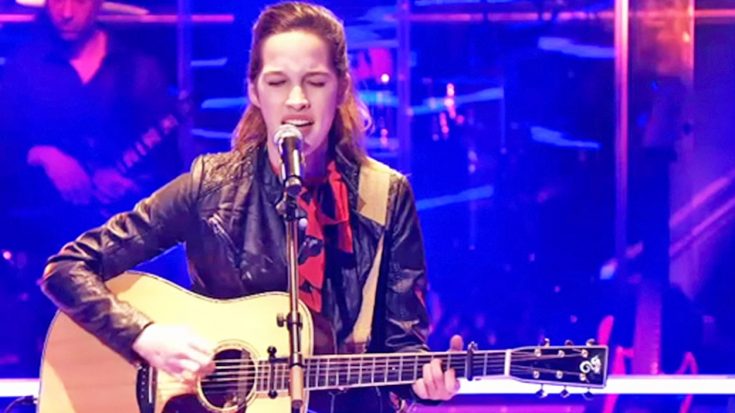 Looks like Dolly Parton has fans across the Atlantic Ocean!

Gunning for a spot on The Voice Kids Vlaanderen in 2015, a young girl from Belgium by the name of Fiona delivered a smooth and soulful rendition of Parton’s iconic “Jolene” at the Blind Auditions.

Armed with her acoustic guitar, the talented young singer showed the judges why she deserved a spot on the hit singing series. Almost instantaneously, Fiona earned a unanimous three-chair turn from the coaches. Fiona inevitably went on to choose DJ Regi Penxten as her coach after a fierce plea from all three talented coaches.

While Fiona didn’t end up taking home the victory, the young vocalist was a Season One finalist, placing second overall in the competition.

“Jolene” was written and released by Parton in 1973, going on to be ranked as No.217 on Rolling Stone’s list of the “500 Greatest Songs of All Time.” In addition to the song’s massive success at the time of its original release, “Jolene” went on to win a Grammy Award 43 years later with the help of a capella group Pentatonix.

If you can't find the sunshine, make your own instead! ☀️

You can watch her rendition of “Jolene” below.