The Judds Reunite For Monumental Award 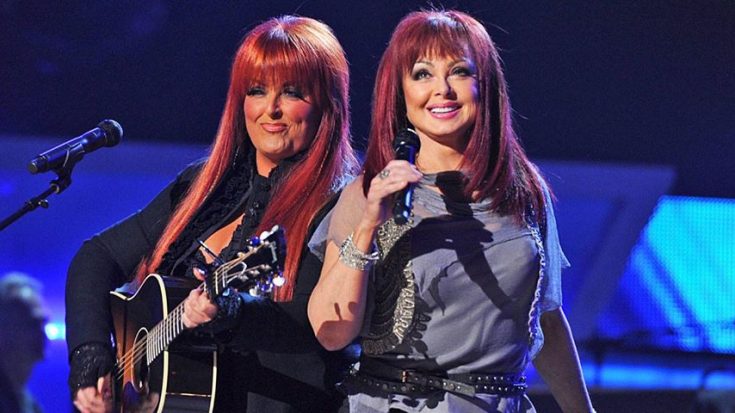 Grammy-winning country music icons, Wynonna and Naomi Judd, who have taken a break from each other, traded one spotlight for another recently. In a rare sighting, the two appeared side by side to accept an award.

Wynonna presented her mother, Naomi, an award for her activism in raising awareness for mental illnesses at the Vision of Hope Award Ceremony held in Nashville, TN.

Thanks to people with star power like the Judds, those who suffer from depression, anxiety, and other types of mental illness feel more empowered to talk about it publicly; the stigma is lessened.

More individuals feel they can ask for help instead of dwelling in darkness for fear of repercussions.

Since going public about her struggles with depression, Naomi has released a book, “River of Time.” In the book, she shares her experiences with depression and anxiety. “I went into this deep, dark, terrifying hole, and I couldn’t get out,” she reveals.

“When my spotlight went out after The Judds’ success, I fell into a very deep and dark place,” shared Naomi. “It’s taken a lot of work, both spiritually and medically, to get to where I am today. It’s important to talk about that. It’s crucial our society opens up and recognizes that nearly 60 million Americans experience a mental health condition every year,” Naomi shared with TODAY.  “I’m thankful organizations like NAMI Tennessee support people with mental illness, their families, and community members. I’m honored to accept the Vision of Hope Award.”

Both fan favorites in their own right, the joint appearance of the mother daughter duo ignited hopes there might be more performances by The Judds.

The country dynamos will be featured in an exhibit opening Aug. 3, 2018, at the Country Music Hall of Fame. The Judds dominated the country charts during the 1980s and ’90s, and have sold more than 20 million albums and registered 20 Top 10 hits.

No matter the reason, it’s great seeing them together. We hope they both have a very happy Mother’s Day!

What do you think of The Judds’ reunion? Would you like to see them get back together?  Share your thoughts below!