Woman Who Played Violet In ‘Willy Wonka’ Passes Away At 62 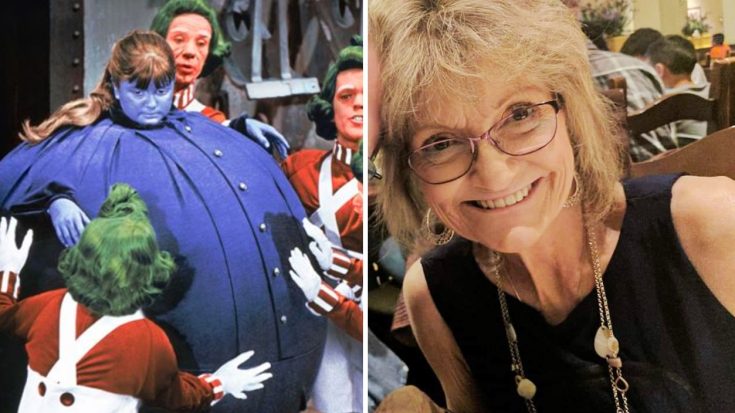 Denise Nickerson, who played gum-chewing Violet Beauregarde has passed away.

If you don’t remember, Violet was the little girl in the movie who was turned into a large blueberry after eating the not-quite-perfected three-course dinner gum.

"Well, I'm a gum chewer normally. But when I heard about these ticket things of Wonka's, I laid off the gum and switched…

Posted by Willy Wonka & the Chocolate Factory on Monday, September 12, 2011

Her passing comes a day after it was reported that her son had taken her off life support.

According to TMZ, Nickerson was rushed to a Colorado ER on Monday after her family discovered that she had attempted to take as much of her medicine at home as she could. She was diagnosed with pneumonia and on Tuesday, suffered a seizure and was put on life support. TMZ reported that the family told them that her condition has continued to worsen, so they have decided to take her off life support.

Her only son Josh and his wife Jasmine are by her bedside, and have begun to say goodbye, according to a GoFundMe page they set up. According to the page, Nickerson suffered a stroke about a year ago and hasn’t fully recovered since. Jasmine quit her job to become her full-time caretaker, so the couple has asked for help for end of life expenses.

It is Nickerson’s wish to be cremated and her ashes be made into a piece of glass art, so instead of flowers or cards, they are asking for monetary assistance to fulfill her last wish. If you’d like to help out the Nickerson family, you can do so by clicking here.

After news outlets were reporting that Nickerson was taken off life support, Jasmine took to Facebook to debunk some of the false reports.

“Denise was not taken off life support. She has a DNR in place. She was never ON life support,” Jasmine wrote. “She simply had basic machines running like the IV drip with antibiotics and anti seizure meds, and a very strong oxygen pump (not a ventilator which is a life support device). We stopped the use of those at 4 am because it wasn’t helping her. She was declining just as fast with the machines running as she has without them running. They were just making her uncomfortable and were unnecessary to stop or fix the problems she’s having.“

It's been a very long day. I have avoided posting updates until we had updates to provide. Denise is still here. The…

Posted by Denise, Jasmine, and Josh Nickerson on Wednesday, July 10, 2019

Posted by Denise, Jasmine, and Josh Nickerson on Wednesday, July 10, 2019

Our thoughts and prayers go out to Josh, Jasmine, and their family during this difficult time.

Watch an emotional rendition of the famous Willy Wonka song “Pure Imagination” from the show Glee below.