Garth Brooks Shares Rare Photo Of Daughter – But Why? 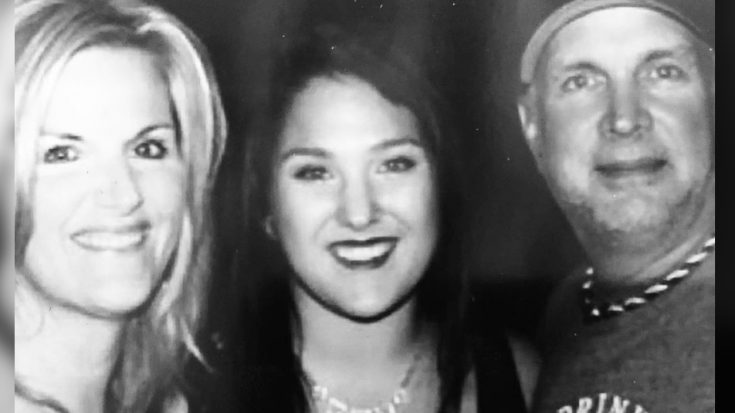 Country superstar Garth Brooks is notoriously private about his children. His social media channels are mostly business related, and we haven’t even seen one of his three daughters appear on there for a long time, if ever!

Garth is a devoted dad to his daughters Taylor, August, and Allie, even retiring from music for a number of years to be with them more. You can tell in the video below just how much he loves them. At a concert, two fans asked him to help them reveal their baby’s gender. Garth read the envelope, and said through tears, “I’m extremely happy for you because I have three of these.”

In a rare move, Garth posted a photo of his youngest daughter Allie – for an amazing reason. She just released her very first single titled “Work In Progress.”

Allie, who professionally goes by Allie Colleen, shared her excitement of her new single on Instagram.

“What a beautiful voice on your grandmother’s birthday…perfect. I love you!! Listen to [Allie Colleen]’s new single,” proud dad Garth wrote accompanying a photo of him with Allie and wife Trisha Yearwood.

What a beautiful voice on your grandmother's birthday…perfect. I love you!! Listen to @alliecolleenmusic’s new single #WorkInProgress (link in bio or copy/past http://smarturl.it/allieworkinprogress )

Trisha also shared the same photo, writing, “From one work in progress to another, what a beautiful song and your voice sounds amazing! I love you so much, Allie 🙂 You got this, baby!”

‪From one work in progress to another, what a beautiful song and your voice sounds amazing! I love you so much, Allie #EveryGirl 🙂 You got this, baby! ‬ ‪Listen to @alliecolleenmusic’s new single #WorkInProgress ➡️ http://smarturl.it/allieworkinprogress‬

In “Work In Progress,” Allie’s voice sounds beautiful, especially when singing the powerful lyrics, “For less maybe more, and more may be less / On this work in progress / I’m the best I’ve ever been, but not the best I’ll ever be / On this journey to me.”

Watch her record the single below. If you’d like to purchase it, you can do so here.