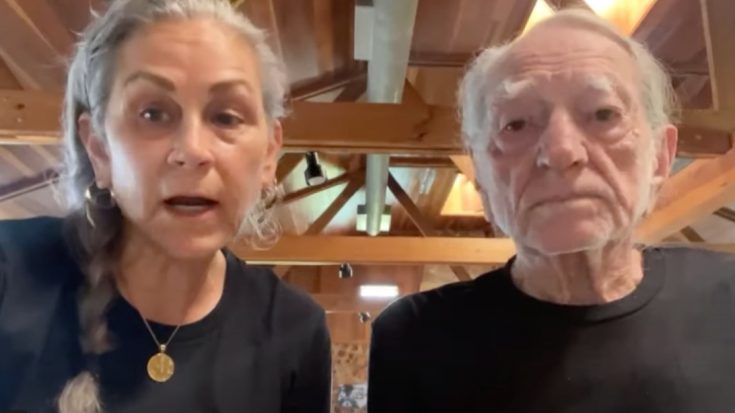 Willie Nelson fought a hard battle against COVID earlier this year and recently opened up about it in an interview alongside his wife.

To my fans,
I’m sorry to cancel my tour, but I have a breathing problem that I need to have my doctor check out.
I’ll be back
Love,
Willie

But, it was Nelson battle with COVID-19 in May of this year that had his wife, Annie, worried that he wasn’t going to make it. In an interview with the New York Times Willie and Annie recalled a night in May, less than a week after the singer’s 89th birthday, when he woke up on his bus in Nashville and was struggling to breath. A health care worker was called to Nelson’s tour bus and gave him a COVID test. He tested positive.

“I had a nebulizer on the bus,” Annie said. “I started everything I could at that point, including Paxlovid. He had the monoclonal antibodies. He had steroids.”

They drove the tour bus through the night to get Nelson back to his Spicewood, Texas, ranch where Annie summoned a mobile medical unit.

“We turned the house into a hospital,” she says. “There were a couple of times when I wasn’t sure he was going to make it.”

Willie agreed that his COVID battle was serious.

“I had a pretty rough time with it,” Nelson said. “Covid ain’t nothing to laugh at, that’s for sure.”

Six days after he fell sick, he was “out of the woods,” and was back on the road two weeks later.