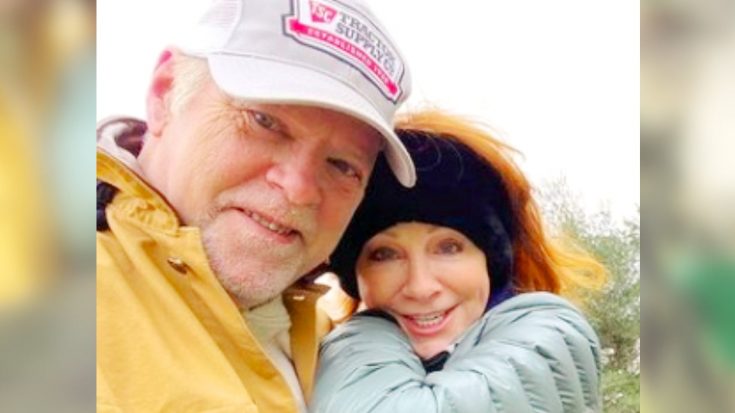 Reba McEntire would love to bring back her Reba sitcom. She’s talked about reviving the series for some time now. But there aren’t any concrete plans to reboot the show.

During a recent interview with Deadline, McEntire explained why a Reba revival hasn’t gained traction yet:

“[There are] So many obstacles. The TV business changes so much that sometimes reboots are hot and then they’re not. Plus getting everyone scheduled together is also hard. Steve Howie is very busy, and so is Joanna Garcia…I guess timing and schedule will dictate that in the future.”

Although a Reba reboot isn’t in the works, McEntire just got done filming a new project with one of her former Reba co-stars…Melissa Peterman.

Peterman, who played Barbara Jean on Reba, is one of McEntire’s best friends. The two of them play sisters in the upcoming Lifetime film, The Hammer. The movie also stars McEntire’s boyfriend of two years, Rex Linn.

Linn is appearing in another one of McEntire’s projects. He will play her husband in the third season of the drama series Big Sky.

Since Linn and McEntire enjoy working together, McEntire said she may write a role for him in any future Reba revival.

“We can write something in for him. The gardener?” She joked.

Linn was present for McEntire’s interview, and chimed in with his thoughts.

“I’m a good gardener,” he said. “I can play the gardener who is always outside and out of focus while Reba’s talking—every episode.”

We would love to see Linn in a future Reba reboot, wouldn’t y’all? Until that happens, watch McEntire and Linn together (along with Peterman) in the official trailer for The Hammer below.