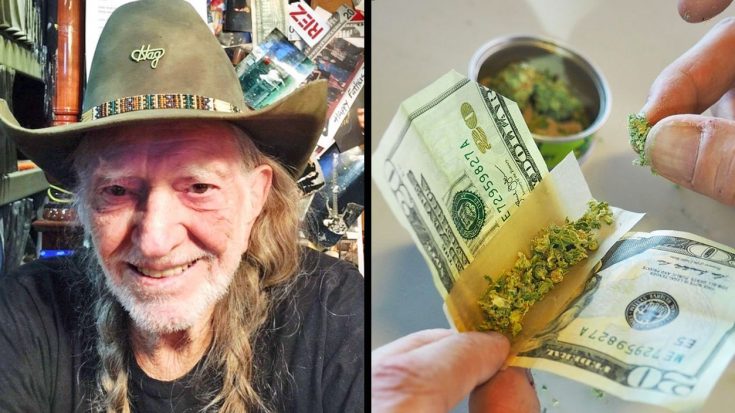 If you’re a fan of Willie Nelson, you probably know that he is a marijuana advocate and enthusiast. He has some pretty wild stories involving pot-smoking including the time he sparked one on the roof of the White House during Jimmy Carter’s presidency!

He detailed the story in his 1988 autobiography Willie: An Autobiography.

Throughout his entire career, Nelson has been open about his use of cannabis. At his live shows, pot enthusiasts would flock and bring him their own stashes, even trading with him and other fans. When the recreational use of weed started to become legal in a couple states, Nelson founded his own weed brand, Willie’s Reserve, in 2015.

Willie’s Reserve is sold at a variety of cannabis shops in Colorado, Washington, Oregon, and Las Vegas with products including edibles, vapes, flower, and accessories. You can find out which pot shops sell Willie’s Reserve in those areas by clicking here.

In an exciting yet subtle announcement, Willie’s Reserve is set to expand to one more state. According to the official Instagram page, the company will be soon expanding to California, where full legalization of cannabis is set for January 2018.

Nelson’s company has expanded a couple times before and they plan to do so once again when marijuana is legal in California for recreational use. Launching in the Golden State is a smart business venture for Willie’s Reserve, seeing as the company could make millions of dollars.

According to Huffington Post, dispensaries in Colorado made over $699 million in 2014, the first year weed was legal in the state. In 2015, sales went up to $996 million, while the Los Angeles Times predicts that the marijuana industry in California will be worth more than $5 billion.

Watch Nelson talk about Willie’s Reserve in the video below.