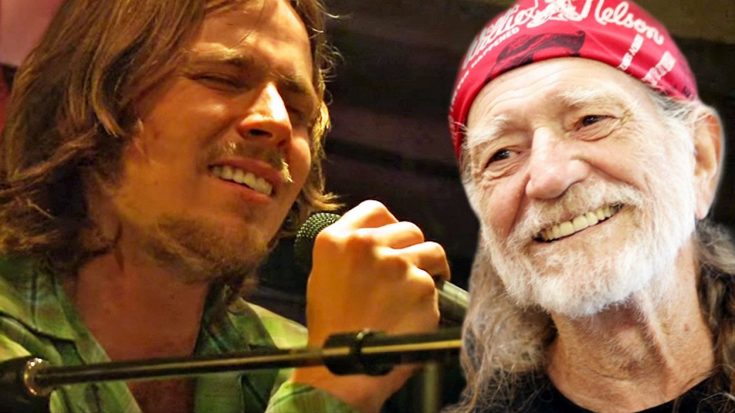 Willie Nelson’s children prove that the apple doesn’t fall far from the tree.

While his children have continued to make appearances during tours or performances to showcase their talented genes, it seems that one of Nelson’s children has constantly been praised for his striking vocal resemblance to his father’s. Especially when they collaborate like in the video below.

28-year-old Lukas Nelson has often taken to social media to share his musical gift, commonly choosing to cover his father’s hits and, as expected, do them justice.

Seven Spanish Angels / El Matador~ Willie NelsonFrom Barcelona, Spain A #farawaysong for dad Love you dad, and happy Father's Day to everyone from Spain and the Neil Young tour ..~l

In a past performance that took viewers by storm, Lukas performed his father’s heart-rendering ballad “Always On My Mind,“ baring such an incredible resemblance to his legendary father that fans were nothing short of astounded!

The impromptu performance, deemed a “late night jam,” was accompanied by flawless instrumentals, eliciting an overload of raw emotions and searing talent.

As expected, Lukas received a starstruck ovation by those who were clearly blown away by this young man’s talent! It looks like this hopeful performer may be the key to a country outlaw revival!

Check out this phenomenal performance below!