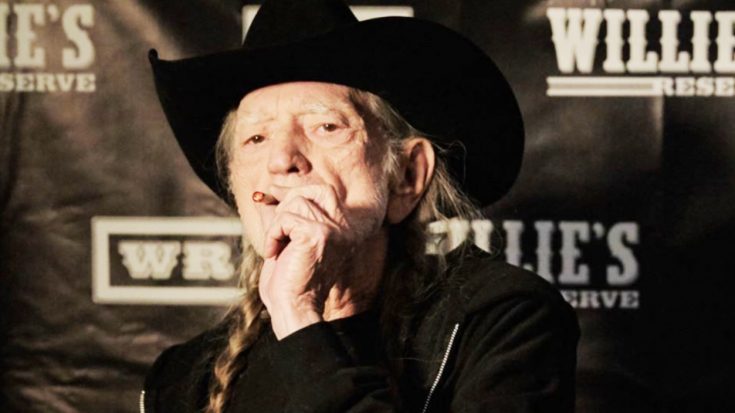 If there’s another thing that’s as synonymous with Willie Nelson as country music, it would be weed.

The country legend is famous for his 60+ year career, but also for rolling a joint and smoking it on the roof of the White House!

In an interview with CNN, Nelson was asked, “Is it true you rolled a joint on the roof of the White House under President Carter?”

Without skipping a beat, the Red-Headed Stranger said, “No, I rolled it before I got up there.”

His love for pot turned into a business in 2015, when he launched Willie’s Reserve, his own cannabis company. It was originally sold only in Colorado and Washington, but as more states legalize recreational marijuana, Willie’s Reserve is becoming available to the masses. It is now sold in California, Nevada, Oregon, and Maryland.

The medium-dark blend has flavor notes of cherry and cocoa and is infused with organic, full-spectrum hemp oil that is grown in Colorado. The 8oz bag rings up at a steep price of $36, but Nelson and his wife are focusing on the health benefits that come along with cannabis.

“Hemp production in America was stifled for so long, but it could now make all the difference for small independent farmers.” Nelson continued, “Hemp isn’t just good for our farmers and our economy, it’s good for our soil, our environment – and our health.”

According to Rolling Stone Country and an announcement on their official Instagram page, the company will now sell a extra-strength hemp-infused coffee and hemp oil tinctures.

A tincture is a concentrated liquid herbal extract. It is typically made by soaking herbs and other plant parts in alcohol for weeks to extract the active ingredients. Although it is similar to CBD oil, it is different. Oil can be consumed in a vaporizer, while tincture is for oral consumption. You can either put it under your tongue or add it to your food or drinks.

You can order the new products here. They are now shipping to all 50 states!