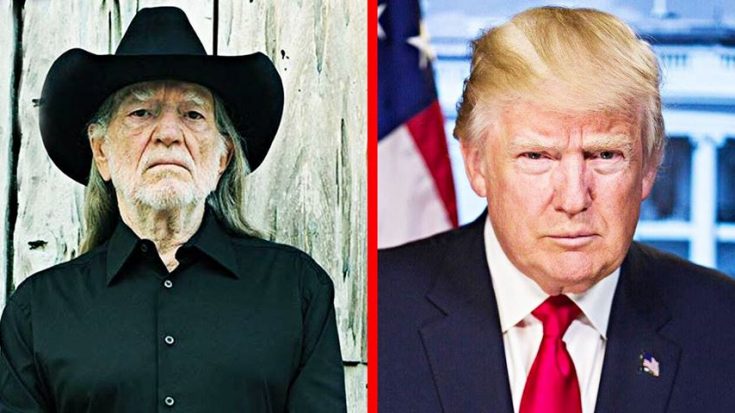 Legendary musician Willie Nelson refers to songs he’s sung and the America he knows when appealing to legislators and other political forces to reconsider and repeal President Donald Trump’s zero-tolerance immigration policy.

“What’s going on at our southern border is outrageous,” Nelson said in a statement, which was first reported by Rolling Stone Country. “Christians everywhere should be up in arms. What happened to ‘Bring us your tired and weak and we will make them strong?’ This is still the promise land.”

Nelson’s comments and reference to his song “The Promiseland” were in reaction to the Trump administration’s recently- implemented zero-tolerance immigration policy. The policy calls for the penalization of all individuals caught crossing the border illegally.

Due to the fact children can’t be held in custody, many are taken to buildings operated by the Department of Health and Human Services where they’re housed in cages.

It’s estimated that about 500 children have been separated from their parents in the last month.
NPR reported that dozens of immigrant children have said they’ve suffered abusive and inhumane treatment by the U.S. Border Patrol, citing sleep deprivation, inadequate food and water, verbal and psychological abuse and more.

Now Nelson is taking the Twitter route to address Trump:

The 85-year-old country statesman has been vocal about US policy and finds a place in his musical repertoire to comment when moved to do so.

Why A Meeting At A Border Detention Center?

Currently, when parents and guardians are brought into custody at the U.S.-Mexican border, their accompanying children are being brought to facilities run by the Department of Health and Human Services. Although images of these facilities are limited, official photos of the Border Patrol’s Central Processing Station in McAllen, Texas show children being kept behind chain-link fences with Mylar blankets and mattresses on the floor.

Wilson, though, envisioned a far different reception of immigrants, their children and the downtrodden as illustrated in his 1986 release “The Promiseland.”

No matter the political alliance, opinions from every sector are coming in on this policy. As you think about it, take a listen to Willie’s “The Promiseland.”