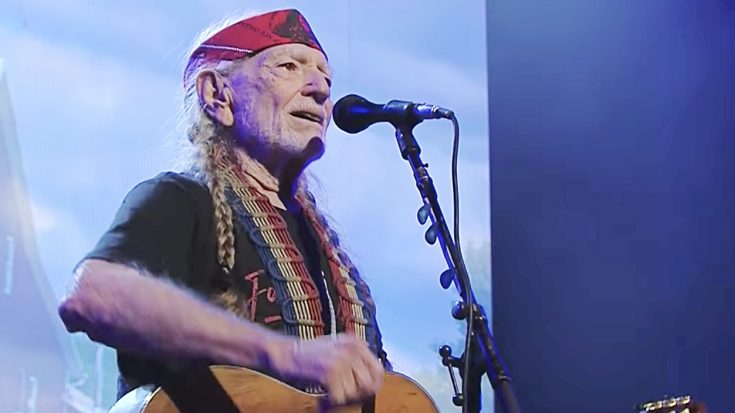 The Purpose of Farm Aid

The musicians wanted to raise awareness about “the loss of family farms” and to raise money for family farms throughout America. In 2001, Dave Matthews joined Nelson, Young, and Mellencamp on the Board of Directors.

Through these concerts each year, Farm Aid has raised over $53 million. Watch Farm Aid’s Board of Directors explain more about their work in this video.

According to Farm Aid’s Facebook page, the festival was sold-out and had 24,000 fans in attendance.

Farm Aid 2018 brought a sold-out crowd of 24,000 fans together in Hartford, Connecticut, to celebrate family…

Nelson and his family closed out the show, performing upwards to 20 songs, including some of his hits, as well as some legendary covers. One of the incredible covers he performed, and closed out the festival with, was a gospel medley of ‘Will The Circle Be Unbroken” and “I’ll Fly Away.”

Nelson and his son Lukas began the song as a duet, but as they continued, more and more people joined them on stage – including Margo Price, Nathaniel Rateliff, David Amram, Ian Mellencamp, and more of the Farm Aid 2018 performers.

History Of The Song

“Will The Circle Be Unbroken” is a hymn written in the early 1900s by Ada R. Habershon and Charles H. Gabriel. It is often mashed-up with another hymn, “I’ll Fly Away,” which was written in 1929 by Albert E. Brumley.

Nelson has previously performed the two songs together and it was the perfect way to end Farm Aid!

That's a wrap on #FarmAid2018! We are sending a HUGE thank you to all the farmers, artists, volunteers, and fans who made today possible. Until next year! ??