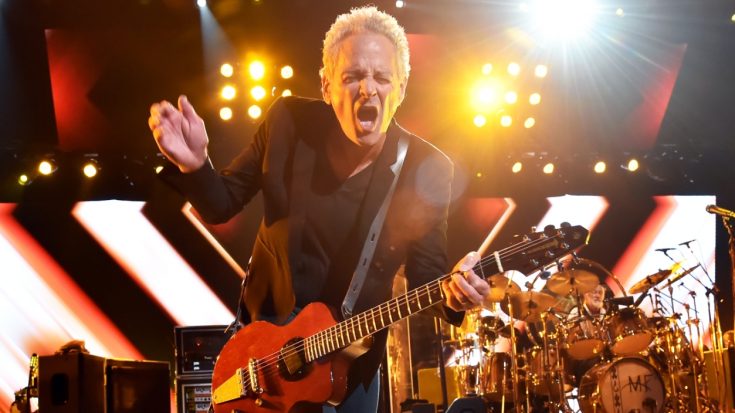 The former Fleetwood Mac singer and his wife of more than two decades have called it quits. The split comes hot on the heels of his new self-titled album announcement.

My new self-titled album is one I’ve been intending to get out for a couple of years now, but on more than one occasion, unforeseen circumstances necessitated a postponement of plans. Now that we’re back in gear, I’m thrilled to finally be sharing new music with my listeners! pic.twitter.com/0LAL9bho7D

Lindsey Buckingham and Kristen Messner first met when she was photographing him for a solo album project in the 1990s and they tied the knot in 2000.

Together Buckingham and Messner have three kids together: William, 22, Leelee, 21, and Stella, 17.

A decade ago, he told the Las Vegas Review-Journal how he had “waited” a great deal of time to find someone like Kristen, adding “I was lucky enough to meet someone relatively late in life.”

This is not the first public split for Buckingham. He dated fellow Fleetwood Mac singer Stevie Nicks in the 1970s prior to them joining the famous band. Just a couple of years later, their relationship had dissolved and helped to craft several songs which became iconic hits for the band.

“Silver Springs,” “Dreams,” “Go Your Own Way,” and “Secondhand News” all detail the struggle and journey their relationship followed.

As recently as the new year, Kristen had been sharing happy photos of the pair to her social media. According to a variety of sources, including TMZ, she is the one who filed for divorce in Los Angeles County court.

Neither has made a public statement regarding the dissolution of marriage or the cause.