Why Did Tim & Faith Bail On The ACM Awards…Again? 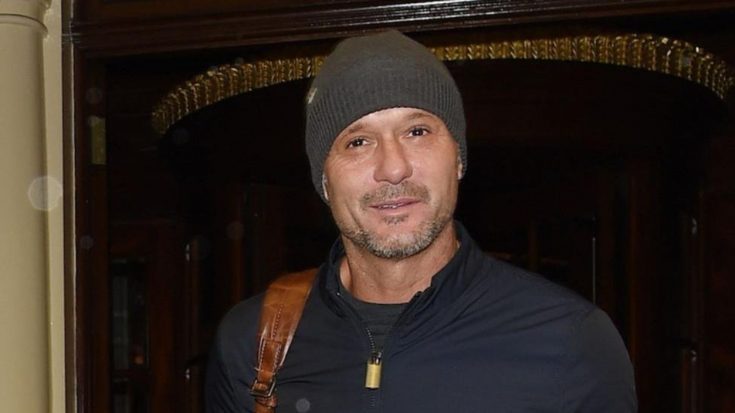 For the second year in a row, powerhouse country music couple Tim McGraw and Faith Hill were visibly absent from one of the biggest nights in country music – but where did they go, and why stay away?

During last year’s 2018 ACM Awards, Tim McGraw and Faith Hill were continuing on their super-popular Soul 2 Soul World Tour…but they didn’t have any shows from March through May that year. The awards were held on April 15th, 2018. And they were nominated for Vocal Duo Of The Year from their work on their first-ever duets album and ensuing tour.

hangin wit my girl… in our favorite place

But during 2018, we knew where they were at based on some social media postings. Tim, who shared a sweet snapshot on his own Instagram account, shared that they were on their own private island – just one day after the show.

“Hangin’ wit my girl…in our favorite place,” he said alongside the photo.

This gives a whole new meaning to "tropical paradise" and we can't get enough! 😍

We don’t blame them: who wouldn’t want to jet off to a private tropical island and relax with their spouse? But, also, we miss seeing them perform and interact at the awards shows.

Apparently, so does one of their biggest fans.

I miss seeing Faith dancing in the audience 😭

Unlike the 2018 ACM Awards, this year’s 54th Annual ACM Awards didn’t nominate Tim McGraw or Faith Hill for anything – and likely because they had either missed the entry window, or what little they did enter with didn’t have enough time to make a big impact.

Between the two of them, they have only had two singles released following their 2017 Rest Of Our Life album – and both were by Tim McGraw off of his yet-unnamed new album. He debuted “Neon Church” in October 2018, and, “Thought About You” followed shortly after.

So, why were Tim and Faith noticeably absent from this year’s spring awards celebration? Well, that remains to be seen, but if history proves correct – they are likely spending time out on their island.

I’m not from California, but tonight it felt like I was. Thanx #coastalcountryjam

It’s also possible they are just relaxing at home, Tim did perform the night previous at the Coastal Country Jam in Huntington Beach, California.

Either way, we are excited to see them at the 2019 CMA Awards in November.

Check out their last ACM Awards performance from way back in 2017 when they debuted “Speak to a Girl.”