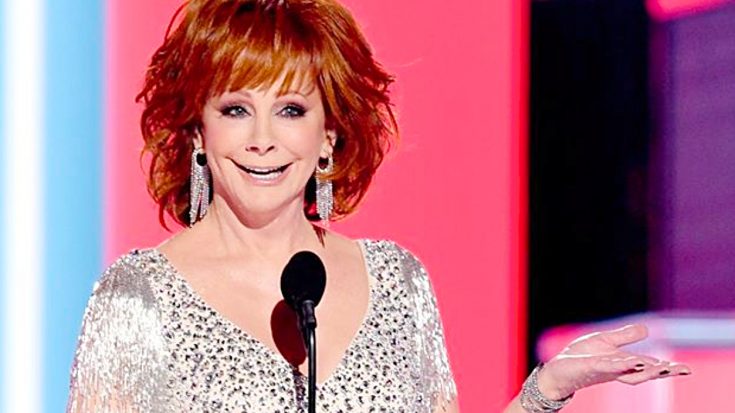 What an incredible night it was for country music at the 54th Annual ACM Awards! From powerful performances to hilarious openers, there was never a dull moment! And thanks to the iconic ACM Awards host Reba McEntire, we got to see that the fun even continues backstage too.

Following the eventful show, Reba took to Instagram to share a sweet snap with two of her favorite pals. Reba, rockin’ her bedazzled red jacket posed next to The King of Country Music and powerhouse vocalist, Kelly Clarkson. With giant smiles on their faces, it was no question that these three all had an unforgettable night at the ACMs.

Backstage at the #acmawards with @georgestrait and @kellyclarkson – couldn’t miss getting this picture!!!

A Night To Remember

George Strait took the stage to perform three different times – giving the audience the taste of classic country that they’ve been missing. The King performed two songs off his new album, Honky Tonk Time Machine including “God & Country Music” and “Every Little Honky Tonk Bar.” He also performed a duet of “Run” alongside Miranda Lambert.

Clarkson had herself a fun night as well, taking the stage to perform twice. The singer joined Dan + Shay for “Keeping Score” and later charmed the audience by joining Jason Aldean for a duet of “Don’t You Wanna Stay.” Big things are coming soon for Clarkson as she gears up to host the Billboard Awards and her own TV show!

Don’t you wanna stay? We’re never leaving after that performance from @kellyclarkson and @jasonaldean. #ACMawards

Reba, of course, was running back and forth between performances and awards to keep the audience lively. We can’t think of anyone better to host the ACM Awards 16 times and crush it every time!

In case you missed it, Reba’s opening speech is below.