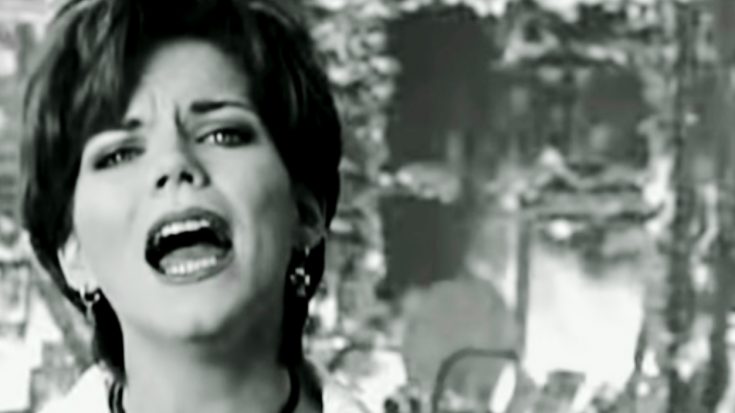 Country artists’ lives and careers intertwine a lot more than you likely realize. A little backstory behind one of the genre’s most impactful songs serves as just one example of this.

While those two formulas do play out, the reality is often more complicated. Take Brad Paisley and Alison Krauss‘ “Whiskey Lullaby” as an example.

The Dixie Chicks had the song on hold for three years while Paisley waited for his chance to record it. They finally dropped the hold and he swooped in, later inviting Krauss to join him on the track.

Pitches That Get Passed Up

Sometimes, writers pitch songs to artists who end up turning them down. Jake Owen declined the offer to record “Big Green Tractor,” which later became a hit for Jason Aldean, and Dierks Bentley passed on the emotional “Drink a Beer,” which ended up being recorded by Luke Bryan.

Another song that follows this same pattern is “Independence Day.” As you well know, the track was recorded by Martina McBride, who released it as a single in 1994.

While the song is set on Independence Day, the title takes on a double meaning. The “independence” found on the day described in the song is the freedom a wife finds in finally escaping her awful marriage.

Although the song was not a chart-topper, it was still a powerful hit. Today, it remains one of her signature pieces, and is often celebrated as one of the most impactful country songs of all time.

The Song Was Originally Meant For Someone Else

But if things had gone as planned, McBride’s voice never would have been the one we heard belting out the line “let freedom ring.” That’s because the song was not initially offered to her, but rather, another powerful female country vocalist.

That vocalist was none other than Reba McEntire, who was the first artist that songwriter Gretchen Peters pitched the track to. The Wayback Machine archived an old version of McEntire’s website which confirms that she passed on the song, though a reason for her decision was not given.

Knowing how popular McEntire was and how strong her voice is, we have full faith that she would have been able to make a hit out of “Independence Day” as well.

But for reasons we may never know, she chose to turn the song away, allowing it to fall in McBride’s lap instead. She was the person who finally brought the song to life, and did so beautifully.

In an interesting twist, decades after she passed on “Independence Day,” McEntire would go on to record a different song with a patriotic vibe that also celebrates a woman’s strength. That song, titled “Freedom,” is actually the lead single off of her album Stronger Than the Truth.

Fans have fallen in love with the vibrant song, which features McEntire at her absolute best. Be sure to check it out below.

Maybe that’s the big picture of this whole thing. McEntire may have turned down “Independence Day,” but her decision to do so led McBride to the song instead, and led McEntire to “Freedom”…and we wouldn’t trade either of those things now!