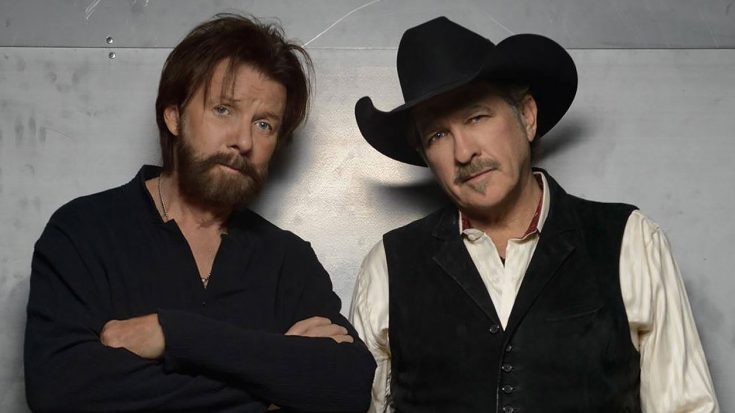 Country duo Brooks & Dunn have had numerous hits over their illustrious career. As a staple of 90’s country music, it’s shocking that one of their top hits, “My Maria” almost didn’t happen.

The two stars sat down for an interview on I Miss…Radio with Nick Hoffman on Apple Music Country to talk about the struggle they had deciding to record the song. Kix Brooks explained he had to convince his musical partner, Ronnie Dunn to record the song.

“I was afraid to even sing it a lot for a while,” Dunn said. “I was hesitant to do it because I thought, ’Oh man, it’s just that falsetto thing.’ It’s a rock song, in my opinion. And I was very much wrong.”

Brooks added, “I’ve heard him sing probably more than anybody at this point and I knew, man, if I could just convince him, can we please cut it one more time? And it was weeks after that, that it took because he didn’t want to cut it in the first place and to his credit, he went back and did it again. Man, I was so excited to hear that record the second time.”

“My Maria” went on to become a Top 10 hit, peaking at Number 9 on the US pop chart. It remained in the Top 40 for twelve weeks. Originally the song was penned and recorded by B.W. Stevenson and Daniel Moore in 1973.

Brooks & Dunn re-recorded “My Maria” with Thomas Rhett for their 11th album Reboot in 2019.

Listen to their latest version below.