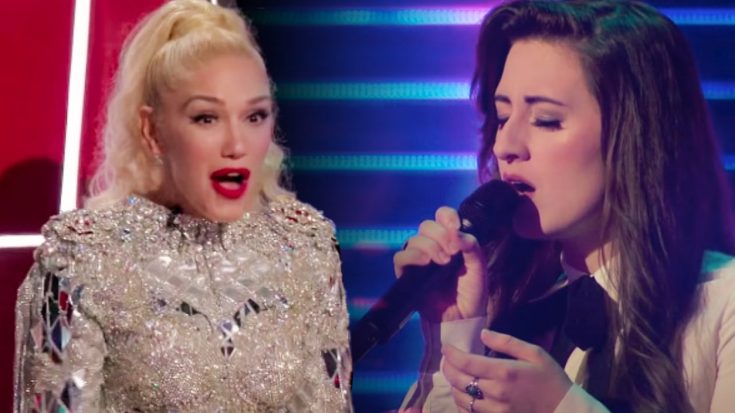 All it takes for someone to make it on The Voice is to get one coach to turn their chair. In Tori Miller’s case, that one coach was Gwen Stefani.

The 26-year-old singer delivered a performance of “When You Say Nothing At All” during her blind audition. It’s a song with deep roots in country music history, with Keith Whitley being the first to record it.

Alison Krauss covered the tune years later, and her version has gone on to become equally iconic.

It was Krauss’ rendition that Miller clearly tried to emulate when she delivered her cover on The Voice. After her performance, coach Blake Shelton pinned down the fact that Krauss must have been a source of inspiration to her.

Even though Shelton had lovely things to say about Miller’s performance, he didn’t flip his chair for her. As mentioned previously, Stefani was the only one of the four Voice coaches who turned around.

But the pairing ended up being a match made in heaven. Miller is a fan of Stefani’s and told her, “You’re my queen.”

Shelton also felt that Miller found a good home on Team Gwen. “I’m really excited about this pairing because I think this is the best place for you,” he told her.

Now check out the video below to see the performance that allowed Miller to earn that spot on Team Gwen. She made it on The Voice!