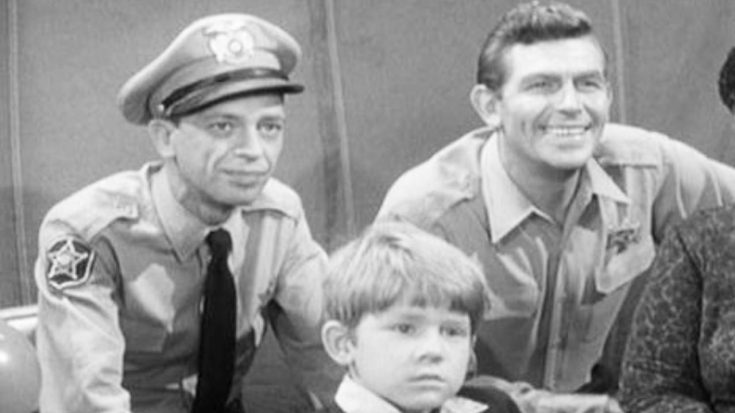 On October 3, 1960, The Andy Griffith Show premiered on CBS. It starred Andy Griffith, of course, as Andy Taylor, the widowed sheriff of Mayberry. Alongside him was Don Knotts as Andy’s cousin and deputy Barney Fife, who provided a lot of the comic relief on the show, and a six-year-old Ron Howard, who played Andy’s son, Opie.

Actually, Knotts provided comedic relief when the cameras weren’t even rolling! He is a natural comedian who is considered one of the greatest TV stars of all time.

During one of the first times Howard met Knotts, he made quite the impression on the young actor. In the book Andy and Don: The Making of a Friendship and a Classic American TV Show, author Daniel de Visé writes that Howard was watching Griffith and Knotts in a conversation when Don went what can only be described as “full Fife.”

“All of a sudden, this very quiet man, Don Knotts, became a complete bundle of nerves,” the author wrote that Howard said. “Cameras were rolling. I think he was tapping his pocket and saluting and knocking his hat off…I remember turning to my dad and saying something like, ‘Is that man crazy?’ And he said, ‘No, no, no. He’s a very funny actor.’”

Granted, Howard was just a young kid and had probably never seen someone as funny as Knotts in person before!

Of course, Howard’s initial impression of Knotts being “crazy” didn’t stick. The two remained friends after the show ended until Knotts’ death in 2006, and worked together again in the 1986 TV movie Return To Mayberry.

Watch one of Howard and Knotts’ scenes below.