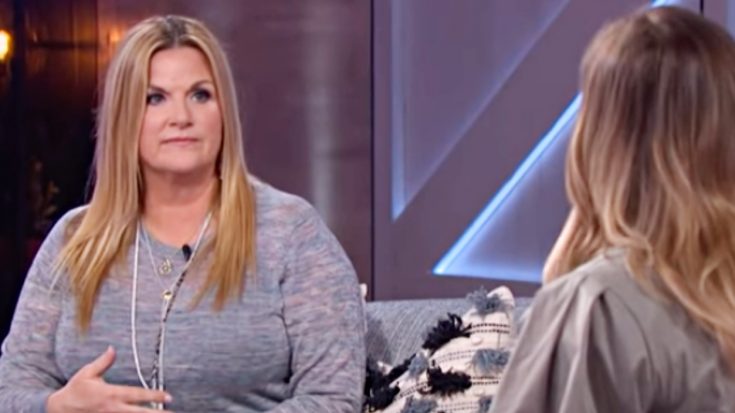 In an interview on The Kelly Clarkson Show, country singer Trisha Yearwood opened up about her experience with COVID-19.

When Yearwood contracted the virus in February, she and her husband, Garth Brooks, both released statements on social media. In the official announcement, the power couple alerted fans that they would be clearing their schedules until the quarantine period ended.

In Yearwood’s conversation with Clarkson, she revealed that Brooks refused to leave her side. The “Friends in Low Places” singer would not quarantine away from his wife and insisted that the two were ” in this together.”

“I’m like, ‘You have to get away from me. You have to quarantine in another room…I cannot give Garth Brooks COVID,'” Yearwood explained. “And he never did [contract it]. And [when] he had the vaccine, he didn’t have any [side effects] — not even a sore arm.”

While Yearwood was blown away by her “wonderful” husband’s dedication, the singer admitted that she might not have returned the favor if Brooks had contracted the virus. Yearwood confessed:

Yearwood told Clarkson that the first symptom of COVID-19 that she experienced was the loss of taste. Brooks made Yearwood a cup of coffee, and the singer thought the brew was weak. Even now, the avid cook has struggled with her sense of taste for weeks.

“So now when I cook, I just ask Garth, ‘Tell me if it needs more salt and pepper,'” Yearwood admitted.

To watch Yearwood’s full interview, check out the video below.