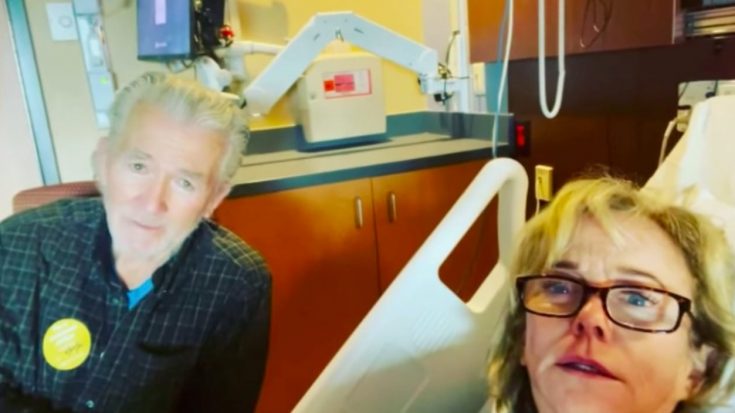 Duffy had been married to ballet dancer Carlyn Rosser for over four decades before she passed away in 2017. After her death, Duffy didn’t expect he’d ever find love again.

Then, during the COVID-19 pandemic, Duffy was looped in to a group chat that also included Purl (who has been married and divorced four times). Duffy told People he and Purl had been friends years ago, though they didn’t keep in touch.

But as they talked in the group chat, sparks began to fly between the two old friends. They began having one-on-one chats, and grew closer. Patrick decided to make the 20-hour drive to visit Purl, and says the two of them “haven’t been apart since.”

The couple has been together a lot in 2021. First, they vacationed together in Mexico. Then, they went to Canada, where they had to enter a two-week quarantine.

Duffy and Purl kept themselves (and their fans) entertained during their quarantine by sharing funny videos on social media. They performed skits and a circus routine…all in the name of fighting off boredom!

After their already eventful year, Duffy is remaining by Purl’s side in the midst of another trial.

Purl posted a video on social media on Wednesday (April 28) revealing she had just had surgery on her knee. But even though she was recovering from her operation, she still maintained her sense of humor!

Duffy was also just as comical as ever. Seated next to Purl’s hospital bed, he had the funniest response when she asked him what happened that day:

“Oh nothing sweetie,” he said. “I just brought you here and got you all drugged up, let a man look at you naked, cut open your leg, and I went out and had a hamburger. How was your day?”

So hilarious! Watch the video Purl and Duffy filmed in the hospital below.

We hope Purl is feeling well after her surgery and wish her a speedy recovery!