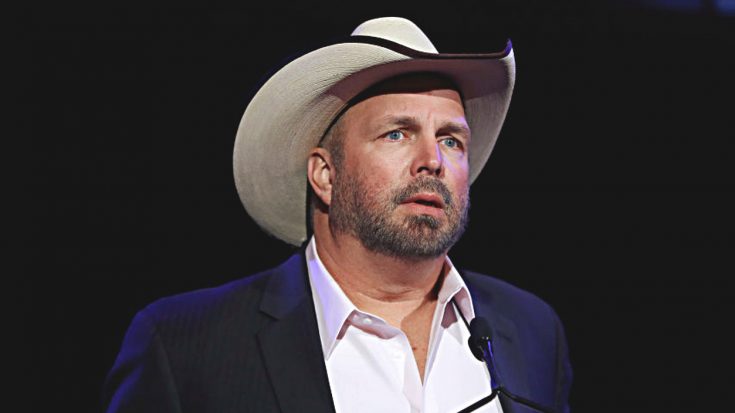 As further testament to his skills as an entertainer, Brooks consistently draws in record-breaking crowds almost everywhere he travels. His multi-year World Tour shattered ticket sales records at numerous venues, many of those records being ones Brooks set himself back in the 1990s.

But even though it’s clear that Brooks knows how to put on a good concert, there’s one type of show that he’s surprisingly still a bit unfamiliar with. That is the festival show.

Reaching Out For Help…

Despite his many years in the entertainment business, Brooks hasn’t performed at many festivals or fairs. If you’ve ever attended such a show, you know that they can be quite different from your typical concert.

This year, Brooks is pegged to perform the closing show at the Stagecoach Festival in California. It’s a big gig for the superstar singer, since Stagecoach is arguably the most highly anticipated country music festival of the year.

Knowing how much pressure is on him to close Stagecoach with a bang this year, Brooks decided to reach out to another artist for help…Keith Urban.

Urban Offers Up Some Advice

On the surface, it may seem like an unexpected move on Brooks’ part to reach out to Urban for help. After all, Brooks has been in the business much longer.

But unlike Brooks, Urban has a lot of experience playing at festivals and fairs. Because of this, Brooks wondered if he had any words of advice to share concerning such shows.

During a radio interview, which was reported on by CMT, Brooks said that he decided to text Urban and ask him for help. He actually headlines Stagecoach the night before Brooks, so he’s busy preparing as well.

Those words surely put Brooks’ mind at ease where his Stagecoach jitters were concerned. If anything, he just wants to make sure that everyone will still be ready to party by the time he takes the stage on the last day.

Brooks made a plea to his fans in a Facebook Live video, saying, “Save some [energy] for me, would ya? Please.”

You can watch Brooks talk more about gearing up for Stagecoach by watching that video below.

Based on how enthusiastic Brooks’ crowds always are, we have no doubt that his Stagecoach crowd will be just as hyped up to see him!

Let’s make this the BEST Stagecoach yet! Are you with me? love, g #StudioG(To watch after we got disconnected, go https://bit.ly/2HVmgXz )