What Happened To The “Hee Haw” Cast After The Show Ended? 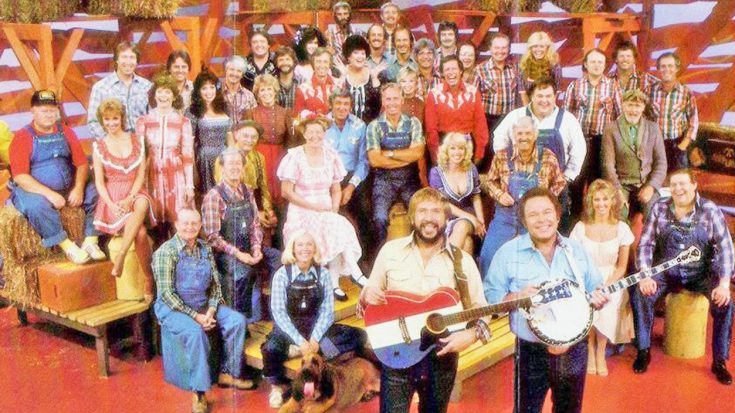 With an endless plot of country music, witty jokesters, and pretty woman, the TV show, Hee Haw became an American classic. The first episode aired in 1969 and went on for 20 years of success with features from some of country music’s biggest stars. Just to name a few, Loretta Lynn, Johnny Cash, Dolly Parton, Garth Brooks, Conway Twitty, George Jones, and Merle Haggard all appeared on the show over its span of 25 episodes.

While some of the incredible cast members of Hee Haw have passed on, they all continued to boost in their careers following the successful series. Let’s take a look at some of the show’s favorite acts.

Owens co-hosted Hee Haw alongside his buddy Roy Clark. While maintaining his time on the hit show, Owens bought several radio stations and established Buck Owens Enterprises where he produced records by several different artists. In 1996, Owens was inducted into the Country Music Hall of Fame, inspiring various artists with his and his band, The Buckaroos sound. Owens passed away on March 25, 2006.

Clark’s career soared during his time co-hosting Hee Haw. Becoming the highest-paid country music star in the early 1970s, Clark had made a heavy impact on the industry. In 2009, Clark was inducted into the Country Music Hall of Fame and the Oklahoma Music Hall of Fame in 2011. Clark passed on November 15, 2018.

Posted by The Hillbilly Nation on Tuesday, April 10, 2018

Samples was best known for his time as a comedian on Hee Haw. With 14 years spent on the show, he became one of the most popular and loved cast members. The majority of his career stemmed from the show, although he did well on radio as well. Samples passed in 1983 at the age of 57.

Nashville Then: A 1967 Highlight – David “Stringbean” Akeman, backed by Lester Flatt and Earl Scruggs and their Foggy…

Posted by Nashville Then on Sunday, January 8, 2017

Akeman had a unique career at best. While playing on a semi-professional baseball team, he met Bill Monroe whose band he started playing banjo for. Akeman joined the Hee Haw cast in 1969 where he spent several years acting out his regular routine of reading a “letter from home.” Akeman’s time on the show ended due to his death in 1973.

Jones was a well-known banjo player and singer before his time on Hee Haw. He became part of the original cast in 1969 where himself and Stringbean Akeman would often play banjo together. In the late 1970s, Jones was inducted into the Country Music Hall of Fame. Jones passed away in early January of 1998.

Pearl, who whose real name is, Sarah Ophelia Colley Cannon was a comedian who appeared on Hee Haw from the first episode to 1991. While she wasn’t busy with the show, she performed at the Grand Ole Opry for more than 50 years. Her successful career came to a close in June of 1991 when she passed.

Campbell was a writer and on-air talent for Hee Haw. During his time on the show, he also recorded several comedy-music albums. One of his most popular being, Bull Session at Bull’s Creek that he recorded with Junior Samples. Following the show, Campbell became a golfer and avid painter, even opening his own gallery in Knoxville. He passed in 1987.

Roman was a comedian and singer whose career stemmed from her time on Hee Haw. She later began a career singing Southern Gospel music and has since recorded several albums. She was inducted into the Country Gospel Music Hall of Fame in 1999. Roman continues to perform as well as stand-up comedy.

The list of incredible cast members could go on forever, we just wanted to remember a few!