What Happened The Morning Of Lisa Marie Presley’s Birth? 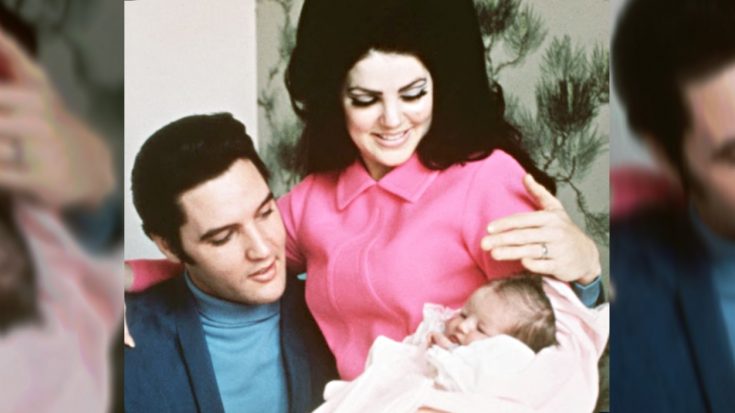 Exactly nine months after Elvis Presley married Priscilla, the couple welcomed their only child, Lisa Marie Presley. Unfortunately, the morning of their daughter’s birth was anything but smooth sailing.

Priscilla recalled the morning she went into labor in the book Elvis by the Presleys: Intimate Stories from Priscilla Presley, Lisa Marie Presley, and Other Family Members, edited by David Ritz. According to Priscilla, her water broke early in the morning at Graceland, and it took Elvis quite a while to get out of bed. By the time he was ready, Priscilla had enough time to finish her hair and a full face of makeup.

Unfortunately, the couple hit another snag. Elvis lost his cigars and refused to take Priscilla to the hospital without them. Elvis had purchased the cigars to mark the occasion and pass out at the hospital.

“Elvis is moving around the house in slow motion while I’m crossing my legs,” Priscilla recalled. “He finally finds his cigars, but now he’s lulling around the kitchen, getting a bite to eat. Elvis is acting like we’ve all the time in the world.”

Even when the couple made their way to the car, the drama was not over. Elvis began driving Priscilla to the wrong hospital. The music icon believed that the two were supposed to check-in at the Methodist Hospital.

“I’m having this baby in the car if we don’t get to the Baptist hospital,” Priscilla corrected Elvis.

While the morning was stressful for Elvis’ ex-wife, the pair welcomed Lisa Marie that afternoon. Priscilla explained that they were both “ecstatic” when their daughter was finally born.

For more on Priscilla and Elvis, check out the video below.